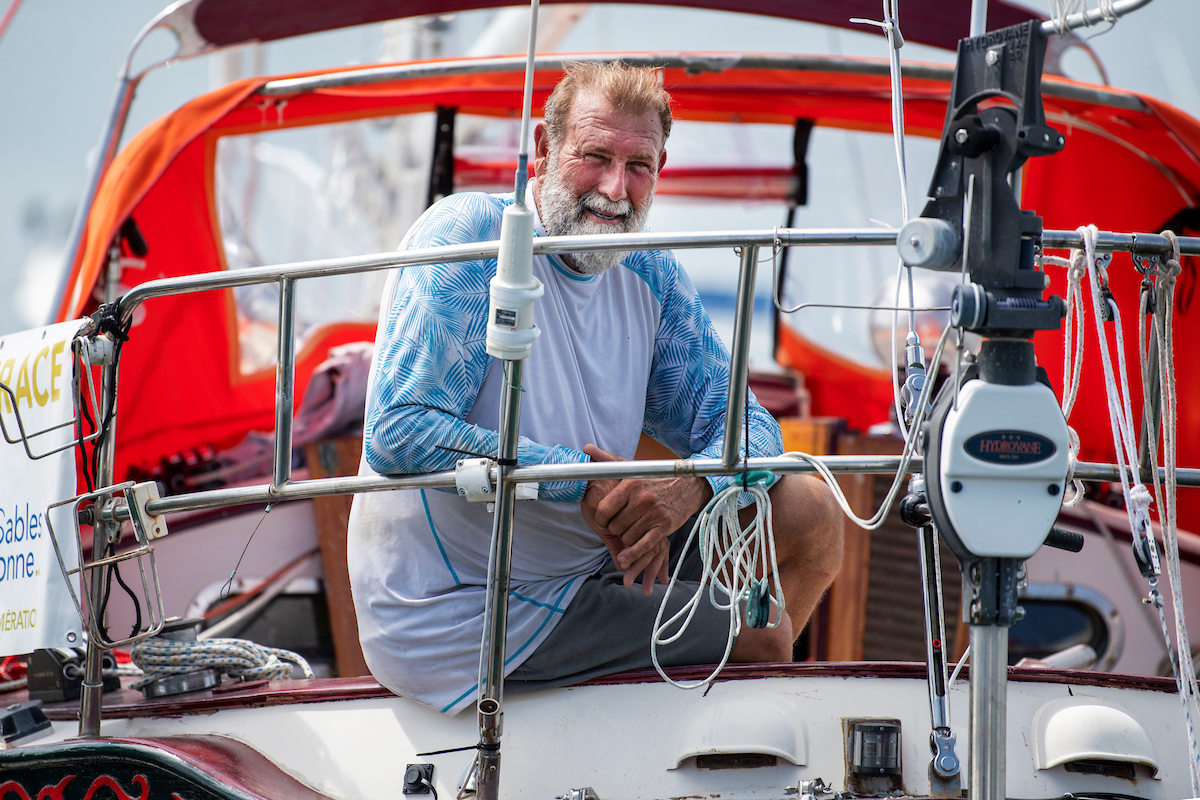 North American entries are rushing across the Atlantic Ocean, while others are expected to make landfall this week in France and the United Kingdom

Guy deBoer, left Florida late June and his “Spirit” is currently making good progress in the North Atlantic with another 2000 miles to Gijón in time for the prologue and completing his survival course.

27-year-old Elliott Smith left Boston USA on his Gale Force 34 on July 10th a month behind schedule. He will miss the entire Prologue, sailing direct to Les Sables d’Olonne instead. He must then undertake the compulsory eight-day World Sailing Survival Course and STCW Medical Care course prior to the start on Sept 4th. This looks unlikely, as he has the whole Atlantic to cross.

Canadian Gaurav Shinde had motored his Baba 35 from Toronto to New York, ready for his transatlantic crossing, but dislocated his shoulder while putting the mast up. Already running late, he is now using his two-week recovery time to do his STCW Medical Care course. Scheduled to depart July 20, he will not make the Gijón Prologue after his 3000-mile qualifier on an untested boat fresh out of refit. Will he make the start?

In addition to the GGR compulsory survival and medical courses, there are mandatory safety briefings in both Gijón and Les Sables d’Olonne. Missing any of these will activate time and financial penalties which is highly likely.

To save time Finnish entrant Tapio Lehtinen “Captain Barnacle ” is shipping his yacht Asteria to Bilbao. Spain. During the 2018 GGR he was plagued by Barnacles that meant he was the last finisher after 322 days at sea. For 2022 he has new antifouling and is out to win! Meanwhile, New Zealander Graham Dalton, who recently retired from the GGR is now hoping to rejoin the event. This will not be considered until he completes his 2000 mile qualifying voyage and all other safety requirements before entering Gijón on 6th August.

Three other GGR entrants are completing their crossing in the North Atlantic and preparing to make landfall in France and the UK in the coming days.

Canadian Edward Walentynowicz is completing his return crossing from Nova Scotia departing on June 20th on his Rustler 36 Noah’s Jest. He left Les Sables d’Olonne a year ago, sailing home to complete his refit and is expected back in Vendée this week.

South African Jeremy Bagshaw ends his 6000-mile journey from South Africa after a short stop in Horta to sort engine issues. He expects to make landfall in Falmouth this week, just in time to attend the rugby test match between Wales and South Africa!

Kirsten Neuschäfer, is well into her trip from Cape Town to Europe, started mid-May. Including her 7000 nm trip from Prince Edward Island to South Africa after refit, she now has sailed an impressive total of 13000 miles solo on Minnehaha. She is well prepared.

Gijón is gearing up to welcome the sailors and their team managers, who will meet for the first time during the Prologue from 6 to 14 August for safety briefings and a final chance to relax in the Asturian port city.

The SITraN Challenge, a 280-mile course, will lead them from Gijón to the port of Sables d’Olonne, which will welcome the public in a bigger 7,000 m2 village from 20 August to 4 September, departure date of the 18 skippers around the world. The number of entrants is now 18 out of the original 30 paying entries, the same number as in the second edition four years ago.

The GGR is a race of attrition rather than performance, a journey to the finish that in many ways has already begun, and this year is no exception!