Retired: 14 November 2022 – mechanical failure
Two days after leaving the Cape Town photo gate, Damien’s windvane failed again, as he was in 3rd position. This time he did not have the spares to repair at sea as he had done before and had to stop. PRB stopped in Cape Town on 14 November and Damien would not continue in Chichester Class, without the motivation to sail his way up the rankings.

Born on 20th February 1983 in Moëlan-sur-Mer, Damien is a renowned sailor, ocean racer and boat captain. He prepared Jean Le Cam’s boat for the 2016 Vendée Globe and Kevin Escoffier’s Imoca PRB for the 2020 Vendée Globe.

Damien has competed in the Tour de France à la Voile with Bernard Stamm in 2015, participated for 7 year in the Figaro Bénéteau Class with several stages ranked in the Top 10, and sailed many Imoca boats with Bertrand de Broc, Bernard Stamm, Jean Le Cam and Kevin Escoffier.

I have participated in the Solitaire du Figaro seven times. The average distance of an edition is 1700 miles, which is about 12 000 miles in total. I also participated in the 2013 Bretagne Martinique transatlantic race in a Figaro 2 solo, with a distance of 3500 miles, as well as the 2012 AG2R transatlantic race in double-handed. I plan to do a qualifier with my GGR boat this summer. 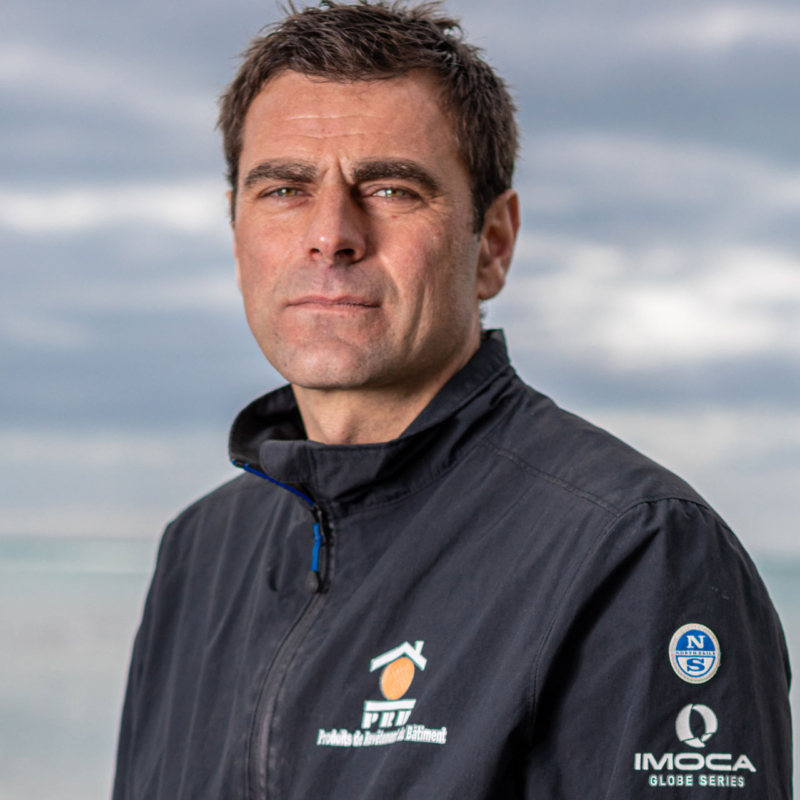