Retired: 18 September 2022 – grounding
The night following the Lanzarote film drop, on September 18th, Guy ran aground on Fuerteventura island. Exhaustion, combined with a wind variation that changed the course of Spirit, were the main factors. He’s repairing and looking forward to 2026.

Son of a Dutchman shipping officer who met his mother on his ship, Guy deBoer was destined to spend his life at sea. One of six siblings, he was literally brought up at the New Orleans Yacht Club where he learned to sail and an early age before going into Olympic Classes such as the Finn and Star.

Professionally Guy has worked in news, radio, and digital service as a publisher/editor, but also as a yacht broker, professional sailor and racing coach. His racing experience ranges from dinghies to Maxis. Lately, he has taken up adventure racing on small trimarans in events like the 300-mile Everglades Challenge. Sailing in national and international championships Guy has proven a fierce competitor winning many events as a crew or skipper, before retiring in 2008.

From then on, he was done with competitive sailing but not with adventure sailing, having grown up in a house filled with adventure stories and yacht design books. He first heard of the original Golden Globe Race in 1968 and caught up with the 2018 edition after the Canaries stop-over, getting hooked on retro sailing in the process.

For Guy, the Golden Globe Race is a continuation of his past career and establishes a new plateau as a lone skipper in the prestigious international event. As opposed to the other sailing he has done, this is solo, unsupported, and non-stop.

800 miles is the longest I have sailed raced, I haven’t crossed an ocean yet, but I think I could put the experience at hand to do something I haven’t done before.

Guy was the furthest participant to the GGR entrant conference and workshop, is still working on his celestial navigation, and plans to sail across the Atlantic Ocean in his Tashiba 36 from Florida to Les Sables d’Olonne on May 1st.

Being well versed in boat design, Guy started with a complete analysis of eligible boats with two designers, to choose the safest and fastest design possible.

The Tashiba 36 is an updated version of the Baba 35 (one of them being also entered in the GGR fleet) is are the last of the full keel double-enders designed by Bob Perry which he considers his best: she is stiff, well-balanced close-winded & remarkably fast, even in lighter breezes.

Guy found his boat, Spirit, in Maryland in November 2019. After visiting several 2018 GGR entries in France after the GGR finish and fell in love with the boat. This is a proper yacht with a comfortable and interior described by many as a fine piece of furniture.

Since then, the refit has been going well. Guy took out the forward section of the boat where the large owner’s cabin is, to make a storage area and fitted two watertight bulkheads for safety.

The boat is sound and did not need structural re-enforcements but has been completely rewired and replaced the seacocks. The mast is being rebuilt, changed to 2 spreaders with reinforcement in various places, and reduced to 1.5 meters after Guy read of Jean-Luc’s VDH ordeal in the 2018 GGR.

The refit is made by Guy himself, with the help of a local boat yard and many volunteers. Guy’s preparations for the GGR would not have been possible without the support of his team managers Birch Olyinger and Bobbi Cotton. Guy will be supported by many of his team members and supporters in Les Sables d’Olonne for the start of the race. 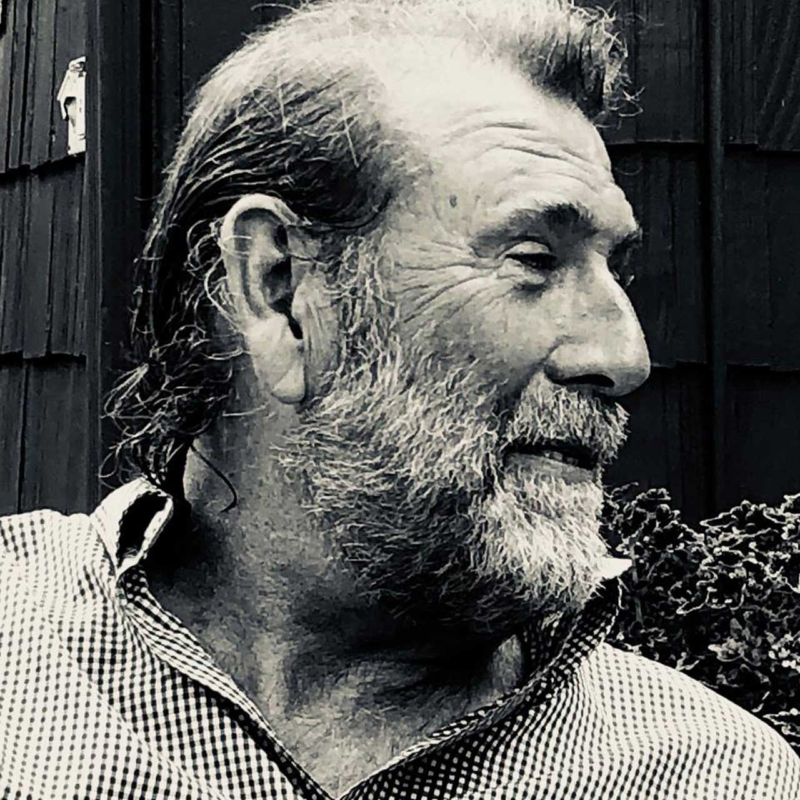