Retired: 9 November 2022 – mechanical failure
A critical bushing on Pat’s windvane broke 5 days out from Cape Town. Pat did not have the spare on board to repair Green Rebel at sea and did not wish to continue in Chichester Class. His goal was always to be the first Irishman to sail solo, non-stop, unassisted around the world. He is pondering another attempt in 2026.

Pat’s first career was as a cabinet maker, and he still works with wood. As he loved the sea, he followed his passion and became a fisherman.

He was born and bred in Limerick, on the banks of the river Shannon, and always dreamed of sailing in a race solo around the world. In 1996 his father at the age of 70, was the first Irishman to do a solo circumnavigation of the globe. He was a big influence on his son.

Pat now lives in Ballyferriter Co Kerry. The most Westerly village in Europe, with his wife and two of his four children. Over the last six decades. Pat would have 125,000 km + between sailing and fishing.

He thinks the challenge of this race, is not with technology, but time alone and raw seamanship. Pat said ‘It is most important to keep the deck free of unnecessary items, to avoid wind pollution’. As a fisherman Pat saw the the amount of rubbish coming up from the bottom of the deep ocean, and will try to get the message out, about the unnecessary use of plastic.

He is planning to bring his oil paints to sea, and try and capture the open sea on canvas, in all its glory.

As part Pat’s preparation for the GGR 2022, he will sail through the Artic Circle as he did over 20 years ago, north of Iceland, and down past Madeira.

Pat has selected the Saltram Saga 36, for his boat similar to ‘Suhaili’ but four feet longer. Alan Papa designed her as a development, from the Colin Archer ‘Redningskoite’ sailing lifeboat hull. For many years they have been regarded as being amongst the most sea worthy around , but are substantially faster than the original. She will come into her own in the Southern Ocean, able to hold on to working sail in strong winds, without heeling more than 20deg, while in soft weather, she can sail so well because of her wet area. Pat also said ‘It is good that his boat has a quarter-berth, galley and heads aft, useful in bad weather as a wet area’. 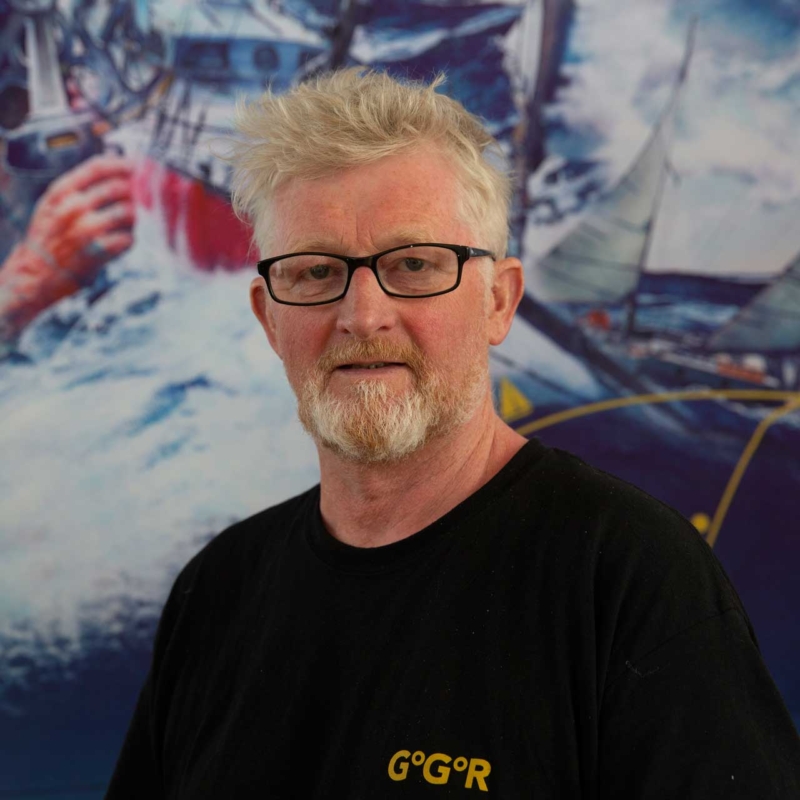