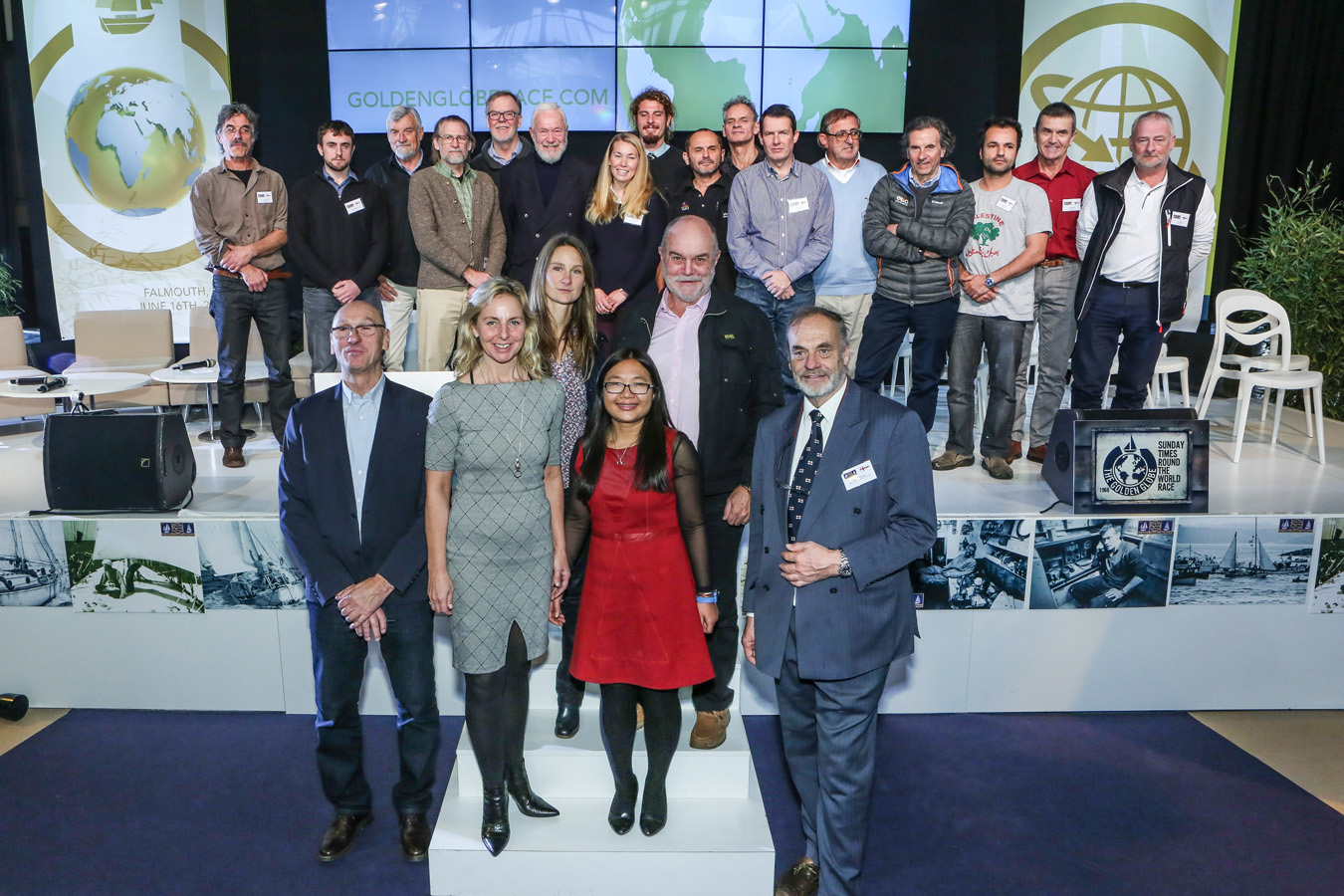 The 2018 Golden Globe Race is growing up fast

Awareness around the world is building and statements from yachting industry and media commentators is exclusively favourable and exciting. In exactly 18 months it starts. Entrants, stakeholders and followers are moving into second gear.

In late November, our participation at the Yacht Racing Forum in Malta was an eye opener on a few levels. It was supported by 250 delegates from the business of Yacht Racing. For two days speakers delivered high quality presentations on how to build great events and increase benefits to participants, sponsors, and spectators. The surprise?? All elements that these speakers were suggesting event organisers should include, promote, create grow or establish within their events, the Golden Globe Race already has in large quantities.

We are a totally different event model and many now understand these unique qualities. I delivered a short presentation on the GGR that established a new group of fans, staunch supporters and followers from that room.

Then it was straight to Paris, joining 15 Entrants from around the world for the second GGR Entrants Conference. It was a full house and lively time, with presentations from Praxes our Medical services supplier, Jean-Marc Arthot on film cameras and how to use them, Annette on the plans for the GGR web site and many others. Each entrant gave presentations on their progress to the start.

Everyone was excited and happy to chat with Sir Robin Knox Johnston hearing his personal views on many subjects. While not officially involved with the GGR we were honoured to have him there. The custodians of JOSHUA, Bernard Moitessier’s yacht, delivered an update on their plans to visit the start of the GGR and opportunities for Race Village visitors to actually sail on board her.

That night we all enjoyed an amazing dinner cruising down the Seine which was without exaggeration simply stunning. Yes Paris is magic. There were new friendships created and a very special atmosphere on board and in fact during our entire time in Paris. It is best summed up by Denis Horeau the previous Race Director of the past four Vendee Globe races (now a management and strategy consultant to the GGR). He has been around events like this for 30 years. He feels the vibe, comraderies and friendship among entrants and organisers is like it used to be in the beginning of events like the BOC Challenge, relaxed, friendly and quite special.

Next day on the 6th Dec. we held our French Press launch centre stage at the Paris Nautic Boat show. It was very well attended and we stopped people in the isles. Interest was strong. I had requested all entrants try delivering a short Hello in French which they pulled off with style and finesse, more than I could say for my efforts (memo- Learn more FRENCH!). Our French Fan base is now strong and growing with the promise of many sailors heading to the UK start in their yachts to be part of the Race Village fun. Many more are planning to head across by ferry, train and plane!

This coming week starts a round of important meetings with Falmouth and Plymouth. When we announced just weeks ago that we are now considering alternate host ports, I received comments from many, giving their opinions and suggestions. The final decision will be made no later than the second quarter of 2017 and rest assured the 2018 host port will be in the UK.

Falmouth has been our preferred option for the past 18 months, but we need certain minimum facilities and assurances (which we are happy to pay for) to make things happen. Plymouth are excited about the opportunity to put their best foot forward, presenting themselves in the best possible way and we welcome that. We continue our efforts with Falmouth. Our objective is simply to provide all stake holders with the best possible event.

The big question is how many can we expect at the Golden Globe Race Village opening two weeks before the start? As an inaugural event this is hard to judge. If it was in Les Sables de’Olonne, VENDEE it would probably be 350-500,000 people, that is just the French way! In the UK there were 100,000 people attending the Southhampton Boat Show. So maybe that is a target? And we would not be disappointed if we reached that.

I am the first to admit that this event transcends sport and sailing. It will appeal to non-sailors too. Most of the news coverage during the race will be as general news, not just sport or sailing. The average sailor will relate, as we are racing in their type boats, so they may visit in numbers. The entrants themselves all have a great story and will become heroes before the start.

The fun part will be the Race Village itself. We hope to make it Interesting, Entertaining, Informative and great for kids! Above all else, Inviting. We are in the final concept planning for an OCEAN ADVENTURE Film Festival screening exceptional films from around the world. Select GGR Entrants will be delivering public presentations on their past adventures and there are some big names and stories there!

We hope to have a substantial art prize for the best art in any medium, that truly reflects the 1968 Golden Globe Race with the best on display. A street art program will also be established to create atmosphere in and around the Race Village.

Historic yachts of the original Sunday Times Golden Globe race will be on display including, SUHAILI, JOSHUA, GYPSY MOTH IV, A replica of Donald Crowhurst’s trimaran TEIGNMOUTH ELECTRON and Chay Blyth’s yacht DYTISCUS III which is currently under construction (supported by Rustler Yachts in Falmouth). We are planning a RETRO 1960’s public concert and more than a few special parties and public events to attract visitors to the venue. It is planned to make both the entrants and their yachts clearly visible and accessible to all who make the effort to visit. They are the real heroes.

We would then hope the entire UK class would visit their entrant’s yacht and certainly hope that the entrant will visit their own country school and the UK school to give a presentation. This will all run in tandem with the proposed GGR schools outreach education program and environmental program to be announced in September 2017.

Entrant sponsors and the sailing-Boating industry will be represented in the Race Village. Together with our major partners to be announced in 2017, a UK National advertising and marketing push, directed at encouraging all UK residents to visit the Race Village and GGR start will be created and implemented.

So how many can we expect at the Golden Globe Race Village over the two weeks? I would have a huge smile at 150,000 and maybe we can match the British Americas Cup Series of 250,000. We will certainly work hard to inspire Britons to be a part of the adventure, reliving history, so who knows? If you and your friends plan to visit, you should not be disappointed and that is a few more.

Many of our entrants have now secured major sponsors to assist their campaigns. These will be announced in the months ahead. Surprisingly it looks like our Wait List may be just about empty in January. As the second round of payments for Entry fees comes dues, only the strongest remain. If you are reading this and have always wanted to be a part of the 2018 Golden Globe Race, the door may be opening for the first time in nearly 12 months.

If you have not already liked our GGR Facebook page, then please do and invite all your friends as it is the best way to keep up with the latest. You can also link to any of our Entrants individual Facebook pages and web sites from their profiles on the web site.

As I write this, Shane Freeman has just set sail solo from Melbourne Australia to the UK Via Cape Horn. He has a Tradewind 35 and I can safely say he is the first entrant to set off to the start of the 2018 Golden Globe Race. It is not that far away…. Sail safe Shane! And GOOD LUCK!