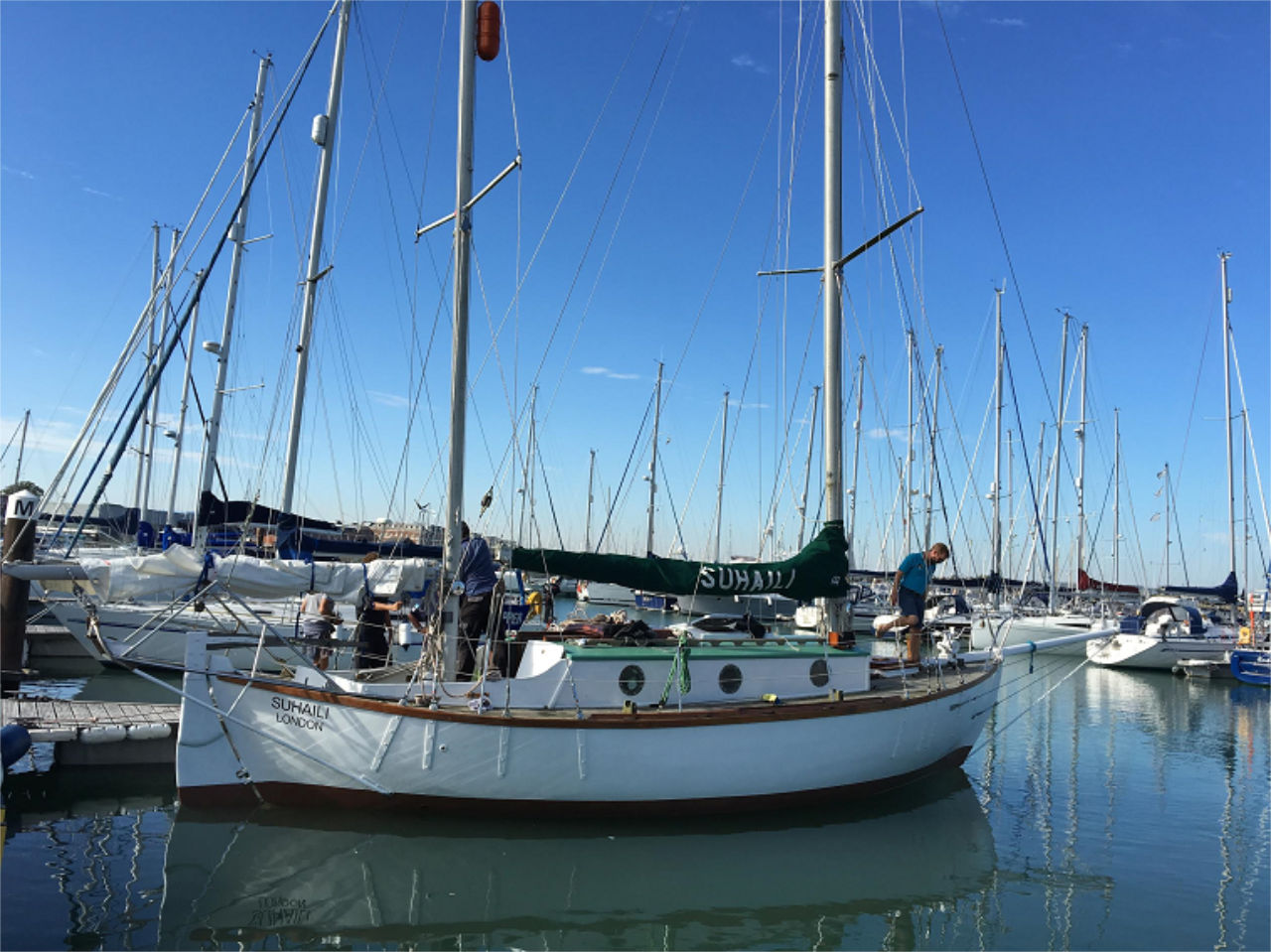 18 months from the start

Xmas is just around the corner and shortly thereafter it will be just 18 months from the start of the 2018 Golden Globe Race. A growing new sense of urgency and new reality amongst the Entrants is starting to appear as the countdown continues. If you are still refitting your boat or trying to decide which one, they know there is no time to waste. It is getting serious.

Over the next few months we all move up a gear with Race preparations and planning. Indeed, this Blog/newsletter will now become a monthly event on into the future. Get ready for a whole new image and branding as we launch our new web site and open dedicated social media channels that will gently start to build traffic over the next 12 months.

If you happen to be in Paris on Dec 6th at the Boat Show, you have an invitation to attend the Golden Globe Race media and public briefing on the central stage around midday. Many of the skippers will be attending and certainly our French contingent will all be there.

Over the past two weeks there have been four retirements and four upgrades from the Wait List to Provisional Entries. Retired….Fabrizio Ladi, Antonio Martinez, Luc Marry, Edoardo Raimondo. New Provisional Entries from the Wait list…Loic Lepage, Graham Applin, Francesco Cappelletti, Federico Beccaria. The Wait List now stands at just six. The challenges associated with getting to the start are immense and many are struggling to secure sponsors. That was the case back in 1968 and even today only the hardy will make the gun!

The four retirements included one due to health reasons, two through lack of sponsors and one making the decision to take life in a completely different direction after writing an international best seller! Sadly, we have lost our only West Sail 32 and skipper in that group, which is the closest production boat design to Suhaili. The exciting news though is that there are two Suhaili replicas under construction, (both with confidential skippers for now) and a third being considered. This would be an exciting development for sure and I truely hope they make the start. As most now know, Sir Robin has completed the major part of a three-year restoration of Suhaili and she is in the water sailing once again to the great delight of many. She will be looking smart as our official start boat in Falmouth.

On the 14th June 2018 in Falmouth Suhaili will make a 50th Anniversary crossing of his original start line and then all the GGR entrants will undertake an official sail past salute during a parade of sail that day in Honour of the boat and the man who made history. It promises to be a big day and will also mark the beginning of three days of intense activities in the GGR Village and Falmouth leading up to the Race start on June 16th. The Race village will be open a few weeks before, but if you are planning to be in Falmouth for the start, don’t miss those last few days.

Interest in the Golden Globe Race continues to grow and that now includes three serious commitments and many enquiries about the 2022 event. Whilst we are yet to make any official announcement about that, we have simply confirmed there will be a Golden Globe Race every four years. This 50th Anniversary edition is all about Suhaili and Sir Robin’s epic achievement. The 2022 event could be vastly different, so at this stage we are advising sailors not to rush out and buy a boat for the 2022 event.

Of course the Vendee Globe is about to get underway and we all look forward to that. All past Vendee races have been serious and exciting adventures, none more so that this one with magnificent flying machines controlled by peak athletes and serious sailors. With over 250,000 people expected at the start and over 1 million people subscribing online to race their own entry in the Virtual Vendee Regatta, it is going to be huge!

Some forget that when Philippe Jeantot first conceived of this Race he was sailing in the BOC Challenge. His idea evolved from the original Sunday Times Golden Globe Race. I remember discussing it with him back in 1991. Evolution is good for everyone and I am a big fan of the Vendee and wish all sailors and the organisers great success once again and safe sailing. Barry Pickthall and I will both be at the Vendee Race Village absorbing all this great spectacle offers.

Finally, I want to tell you that I can confirm all the entrants really are a fun, interesting, strange and passionate bunch with warped sense of humour. The atmosphere and comradery between them is something special. WE have a closed GGR ENTRANTS group on FB to discuss many technical things between us. It is open to any discussion and comments as no one but entrants can see. Often it becomes crazy and lots of fun as you can imagine. It tells me the stories of this race are just beginning and soon you will share it all. That clock never stops and soon it will be 18 months and counting.

I look forward to that day.