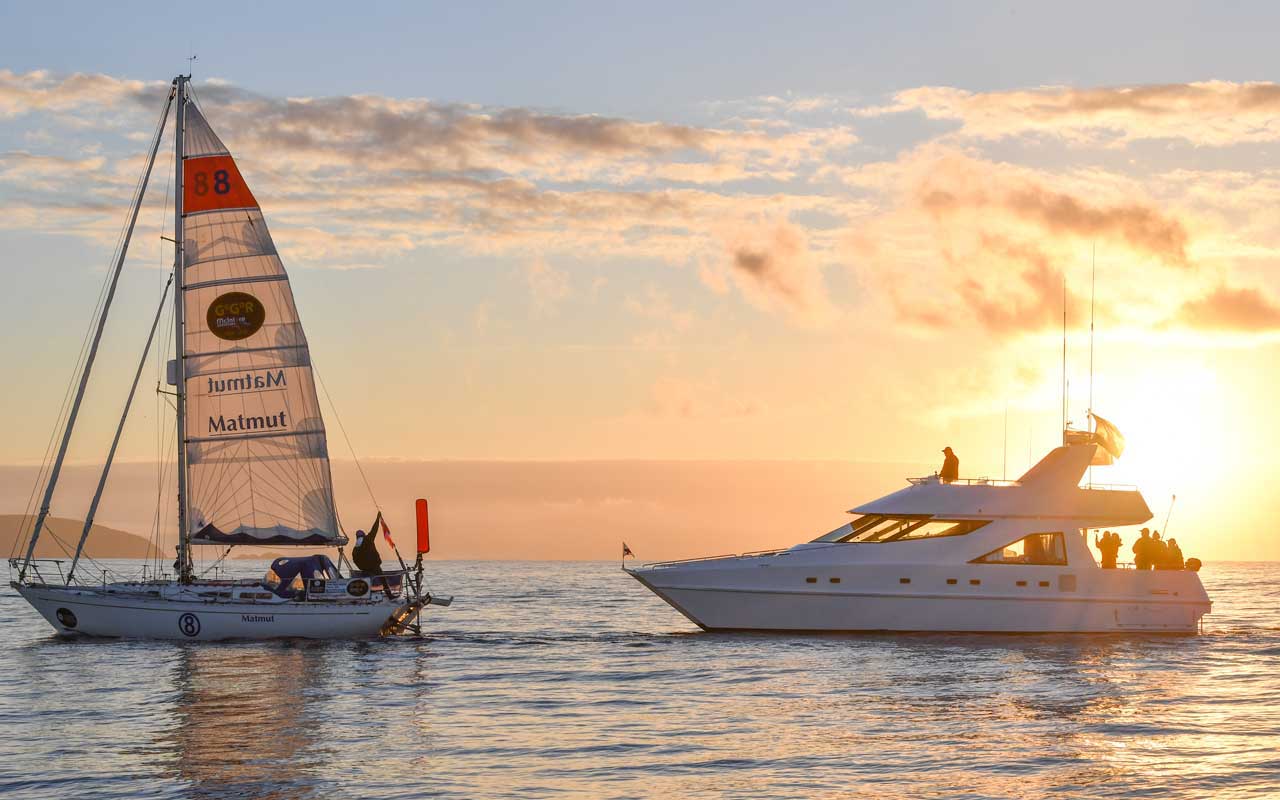 The 73-year old Matmut skipper was in good spirits and sighted the lengthy preparation work for his 1,600 mile lead.

Jean-Luc remained at anchor for 3 1/2 hours completing media interviews before making most of the the calm conditions to check his mast and rigging. He also tried to catch some sleep, but after 15 minutes returned on deck complaining that the conditions were ‘too calm to sleep!’ He then set off to cross the South Pacific Ocean and round Cape Horn predicting that he would complete this solo circumnavigation back in Les Sables d’Olonneduring the first week of February within 210 days

Dutchman Mark Slats, the second placed skipper, trails Van Den Heede by 1,600 miles and is not expected to reach Hobart for another 10 days.

To view interviews with Jean-Luc in English and French go to: