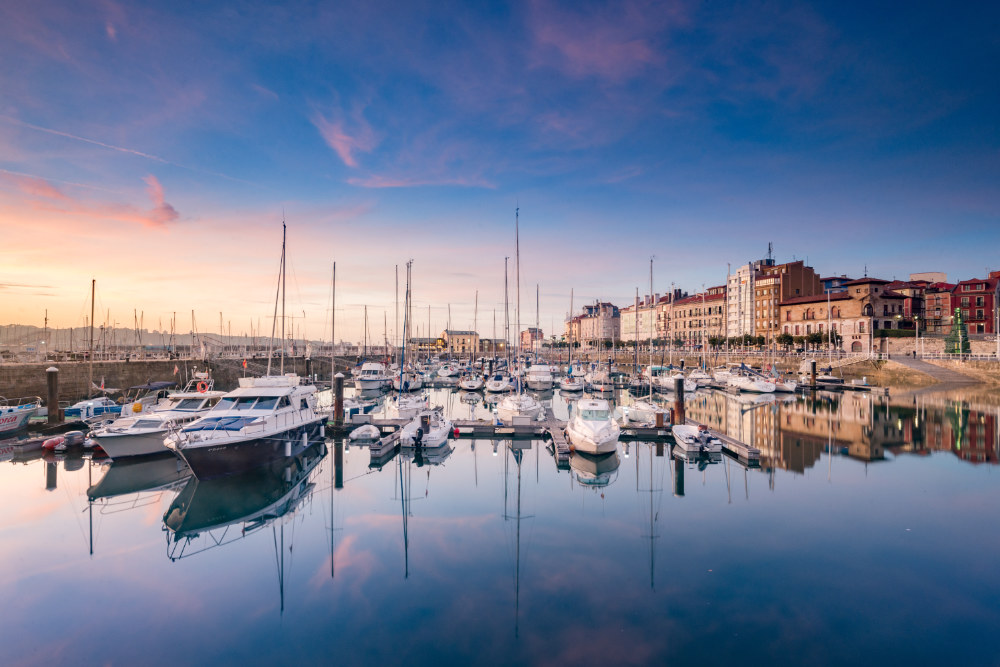 It was announced today in Gijón, that the Golden Globe Race is partnering with the Spanish Port City of Gijón for a week of activities starting 6th August.

It will conclude with The SITraN Challenge Race to Les Sables d’Olonne and the start of the 2022 Golden Globe Race.

Gijón, a successful tourism destination in Asturias, northern Spain, has hosted numerous nautical events over the past 30 years, positioning itself as a traditional destination for numerous French offshore races and rallies such as La Barquera, Pornic-Gijon, Gascogne-Asturias or Royan-Gijon.

It is also the stop-over for many short-handed offshore racing classes, such as the Figaro, Mini 6,50, Class 40 and IMOCA 60, making the city a natural choice to host the GGR fleet for a week of festivities and preparation around the values of solo sailing and adventurous voyages.

It is a great honour to host the prologue of the Golden Globe Race in our city. Gijón offers all the necessary conditions to welcome the sailors and the entire organisation, who will find here the perfect venue to prepare for this important nautical event.

“The Golden Globe Race are grateful to the City of Gijon and Gijon Turismo for partnering with us for this event” said Don McIntyre, President and Founder of the Golden Globe Race. “This will be the first time that all GGR entrants have assembled in one place and the first time for most to visit Gijon, a maritime city renowned for its hospitality, culture, and gastronomy”.

The GGR fleet of 22 yachts representing 12 nationalities will be hosted by the Puerto Deportivo de Gijon, well versed in welcoming sailors from all over the world with modern installation in the heart of the city.

They will have a busy week of final GGR preparations of their boats and attending safety briefings, setting up satellite tracking and communications systems specific to the Golden Globe. These systems are finally checked by the organisers with entrants at sea sailing to Les Sables d’Olonne. Entrants will also have time to discover the city and the many events during their stay.

This is a clear commitment of our city to all activities related to the sea, and reinforces that intimate link with the Bay of Biscay which is, perhaps, the main characteristic of our identity as Gijoneses and Gijonesas.

The GGR skippers set sail on Sunday 14th August racing the SITraN Challenge, a 280-mile race to Les Sables d’Olonne, the Capital of Adventure and home of the GGR, on time for the opening of the Race Village on August 20th. That leaves just two weeks for final preparations before the start of the longest, loneliest sporting event of the planet on September 4th.

I am delighted that the beautiful city of Gijón will be carving its name in the history of the GGR, a legendary race. Our Spanish cousin city will launch the prologue of an adventure that promises to be thrilling. On the other side of the Bay of Biscay, the pontoons of Les Sables d’Olonne will be waiting for the skippers for two weeks of festivities before D-day. The pressure is mounting for those who are about to take the start of the longest sporting event in the world.