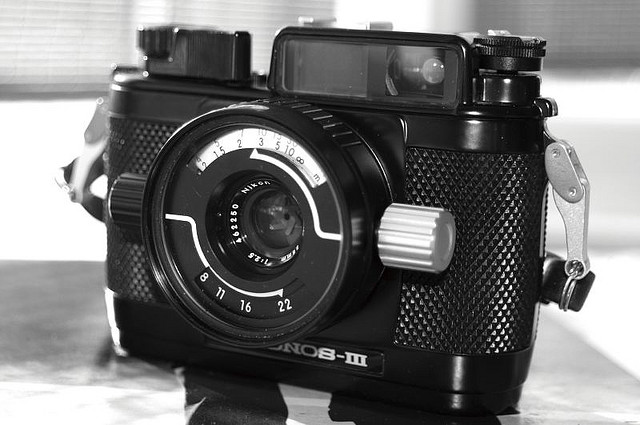 This is a Retro Race using Retro Equipment

I have had a few applicants wanting desperately to take digital cameras on the Golden Globe Race. I thought you may all like to know why we will use film. A few think film is too hard and there are no modern film cameras around, or film is challenging to buy and process, hard to get. To those comments I would say yes compared to digital, but then I would say no, because you just need to get involved with film and treat it as a new project and the answers will come. It is a new experience for sure, but that is a fun thing in life.

Yes it is a different challenge using film, but you know, when I developed the concept of the Golden Globe Race, the importance of film was second only to the sextant. WHY?? because it will create a new feel to everything about this endeavour and I always remember seeing Robin click away like crazy with his Nikonos film camera at the end of his race. He had just 36 shots before he had to change the roll of film!

I have three virtually new Eumig Nautica super 8 movie cameras (waterproof hardened units) bought on Ebay USA and Aust. in three months for $200-$600 Australian dollars each… and perfect modern mint condition Nikonos V (waterproof hardened) cameras for a few hundred eBay dollars each, no problem. The same is true with semi pro cassette sound recorders. It is not hard to buy film that includes processing and digitization in the one price and we will offer that to competitors. It is expensive compared to free digital images, but that just means not wasting the shot. Rather than taking 500 digital shots and not using any? You become a real photographer for the first time. It borders on being art.

Sometimes in life and in photography, less is more. In years gone by people would be stunned and amazed by a well-timed photo. Not anymore. As an entrant in the Golden Globe Race, one cherished memory like one special film photo, will be worth 100 times more than one thousand pieces of digital space? Your photos will become art and life for real. You will create an image, not push a button. You will have failures, but you will be creating that photo.

The idea of learning to use film cameras is just a new project or skill to be mastered. It is not as hard as you may think and there are heaps of people online who can help and give advice. There is a whole movement of film people out there, so this medium will never be lost. It is part of the era back in the 60’s and a very obvious part that everyone used. Using film will set you apart from most of the people who do photography today. When you see your shots there will be an obvious difference in the way they look. Just this fact alone will make your memories, marketing and your images and promotion stand out well away from every other sailing picture. People looking at them will know that you not only sailed solo around the world, but you did it with no electronics, using a sextant and ‘old film cameras’. Your photos have real feeling.

The world today is a digital image. It is everywhere, but is it reality? Now the Golden Globe Race has a visual brand. Film images! You are part of that. Use it, own it and you will win. Your image will be seen.

Every piece of film or photo you shoot of yourself, released to the viewer, looks totally different with its retro original feel. The viewer will be transported back to an actual time and place where you were. They see and feel what you have done in the image you have captured. This is a special brand. Every shot is treasured, carefully planned and not just a trophy. It is a piece of your journey.

If you have a sponsor don’t worry! If they are smart, they win too. In marketing you should never try to compete unless you have too much money. It is always best to specialise. Your sponsor should leverage this fact with your images. That is what this race is and who you are for sailing in it. RETRO is one of the reasons you are entering the Golden Globe Race.

People around the world are now amazed at this race and everything it stands for. Film is one of the key elements that makes this edition different than the Vendee or Barcelona world race, or anything before!! It is a trade mark and I believe it will not let you down. Film has a place in the Golden Globe Race!

Oh! And one last small thing, most modern all weather cameras now include a GPS!