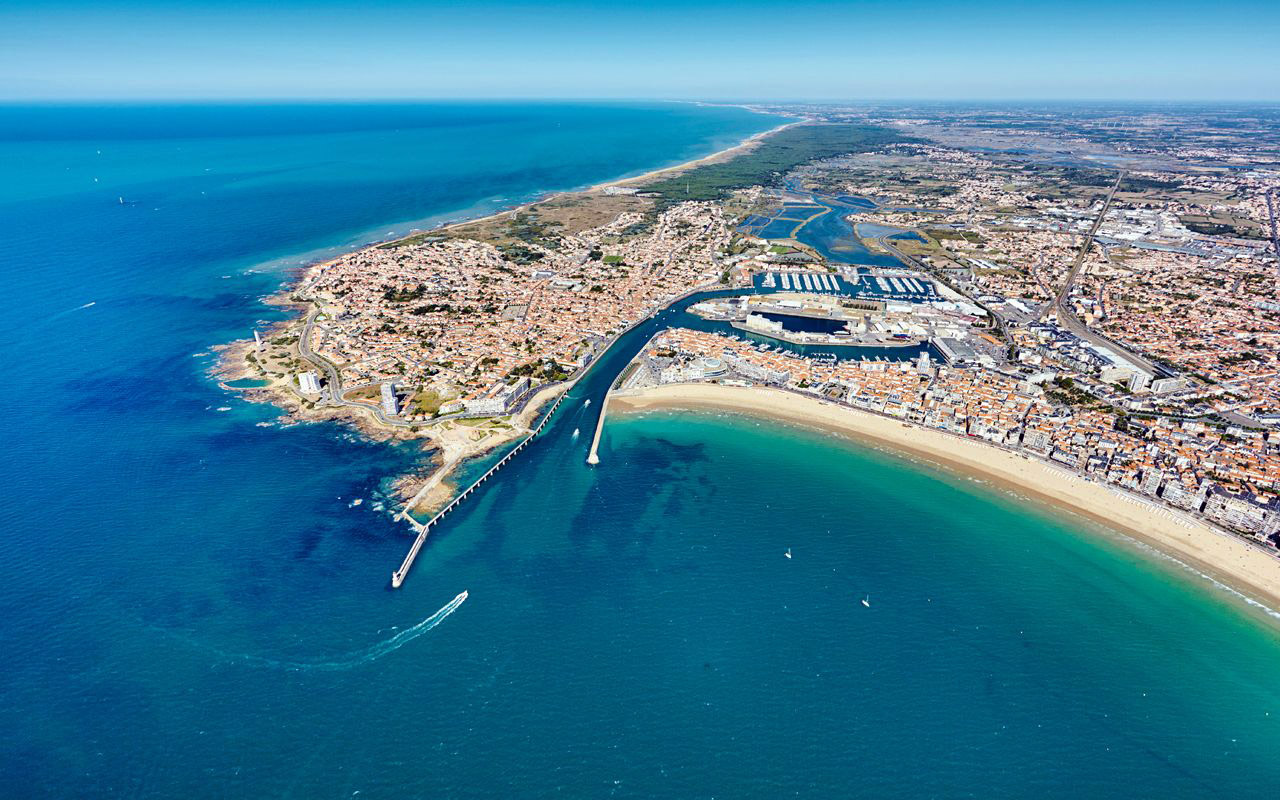 The 2018 Golden Globe Race, celebrating the 50th anniversary of the original event back in 1968/9 which led to the first solo non-stop circumnavigation, will now start from Les Sables d’Olonne France on Sunday July 1st 2018

Les Sables d’Olonne, which also hosts the start and finish of the 4-yearly Vendee Globe solo non-stop round the world race in Open 60 class yachts, is now a partner in the 2018 Golden Globe Race and will host a 2-week celebration to the origins of solo sailing in the port prior to the start.

The port of Les Sables d’Olonne, home of the Vendée Globe, is happy to welcome the Golden Globe Race, the father of all the solo round the world events, a pure race that places man and not the machine at the heart of this maritime adventure.

The Golden Globe Race 2018 could not have chosen a better port in Europe to organise the start and finish of such a legendary race which has attracted so many sailors and adventurers from all over the world.

Les Sables d’Olonne Agglomeration, the city and the Vendée partners will be happy to offer the Vendée Globe channel and public support to these adventurers who will take off from Les Sables on July 1, 2018, 50 years after Knox-Johnston, Bernard Moitessier and their companions on the ‘long route’.

The Golden Globe Race will also be an opportunity for Les Sables d’Olonne to reinforce its popularity with lovers of the sea all around the world.

This is a maritime adventure with a capital ‘A’. Welcome to Les Sables d’Olonne!

Prior to this, the entire GGR fleet of traditional long-keeled yachts and their skippers will participate in a special Suhaili Parade of Sail in Falmouth, Cornwall on Thursday June 14 to mark the day that Sir Robin Knox-Johnston, set out to win the original Golden Globe Race 50 years before.

One of nine entrants, Sir Robin was the solo finisher. Frenchman Bernard Moitessier sailing Joshua, rounded Cape Horn 17 days behind Knox-Johnston, and having the bigger yacht, might have overtaken his English rival. But instead of heading back up the Atlantic in hot pursuit, Moitessier turned east to make a second circumnavigation of the Southern Ocean to ‘save my soul’ as he put it.

This Parade of Sail, organised by the Falmouth Town Team and Royal Cornwall Yacht Club (where Sir Robin stepped ashore upon his return), promises to be quite a spectacle. Sir Robin, sailing aboard his famous yacht Suhaili, will lead Bernhard Moitessier’s yacht Joshua, Sir Francis Chichester’s Gipsy Moth IV and Sir Alec Rose’s Lively Lady in a Parade of Sail around Falmouth Harbour saluted by the Golden Globe Race skippers and many other vessels on the day.

Then at 13:45, the time Sir Robin slipped his mooring to start 50 years before, he will fire a cannon from the deck of Suhaili to start the GGR SITraN Challenge charity race to Les Sables d’Olonne with Joshua marking the leeward end of the line. Suhaili and Joshua will also compete with other famous yachts and their arrival in Les Sables d’Olonne with the GGR fleet will mark the opening of the 2018 Golden Globe Race Village two weeks before the start.

The Golden Globe Race had been planned to start from Plymouth, England, but a two-year search for sponsorship across the UK did not produce a successful outcome and prompted this change of host port.

We thank Plymouth City Council and the Royal Western Yacht Club for all their support, but with less than a year to the start, it became clear that the uncertainties surrounding BREXIT (Britain’s exit from the European Union) has greatly restricted financial opportunities. We are very pleased to be partnering with Les Sables d’Olonne to host the start and finish of the Golden Globe Race and look forward to a great event.

It was the original Golden Globe Race of course that seeded the modern Vendee Globe solo non-stop round the world race that starts and finishes in Les Sables d’Olonne, and fitting midway between the four-yearly cycle of the Vendee Globe, the 2018 Golden Globe Race creates real synergy for both events. One is super high tech and commercial while the other is all about human endeavour and Corinthian spirit. Les Sables d’Olonne grasped the GGR opportunity with great enthusiasm and has worked closely with the Organisers to develop a comprehensive support and logistics package. This includes a comprehensive Race Village, Media Centre, Marina Management and co-ordination across the entire region.

The race will be run as before, under the auspices of the Royal Nukuma Yacht Club, and the Race Office will be based in Les Sables d’Olonne for the duration of the event. The official language will be English with French translations. Les Sables d’Olonne will support all finishing yachts and organise the Official finish celebrations. The Race Director will speak French and English with all media dual language.

With Les Sables d’Olonne now a lead supporter of the GGR, an Official Presenting Sponsor is being sought along with three Official Partners. Volunteers at the start and within the event organization, make up an important element of the event at a community level. A register of interested volunteers has been started. The French have real passion for events like the GGR and entrants are sure to become heroes to many. The harbour facilities are first class and this new Partnership with Les Sables d’Olonne is a strong endorsement for the race.

Over the past year some of the original entrants have inevitably dropped out but those on the Wait List eagerly filled their places. This has left a very strong list of 26 entrants including 6 from France
It also gives the opportunity for four more to fulfil lifelong dreams of sailing around the world.

The race is limited to 30 entrants, and since we have received more than 150 enquiries, we don’t think it will be long before our list is full again.

The Race in Numbers