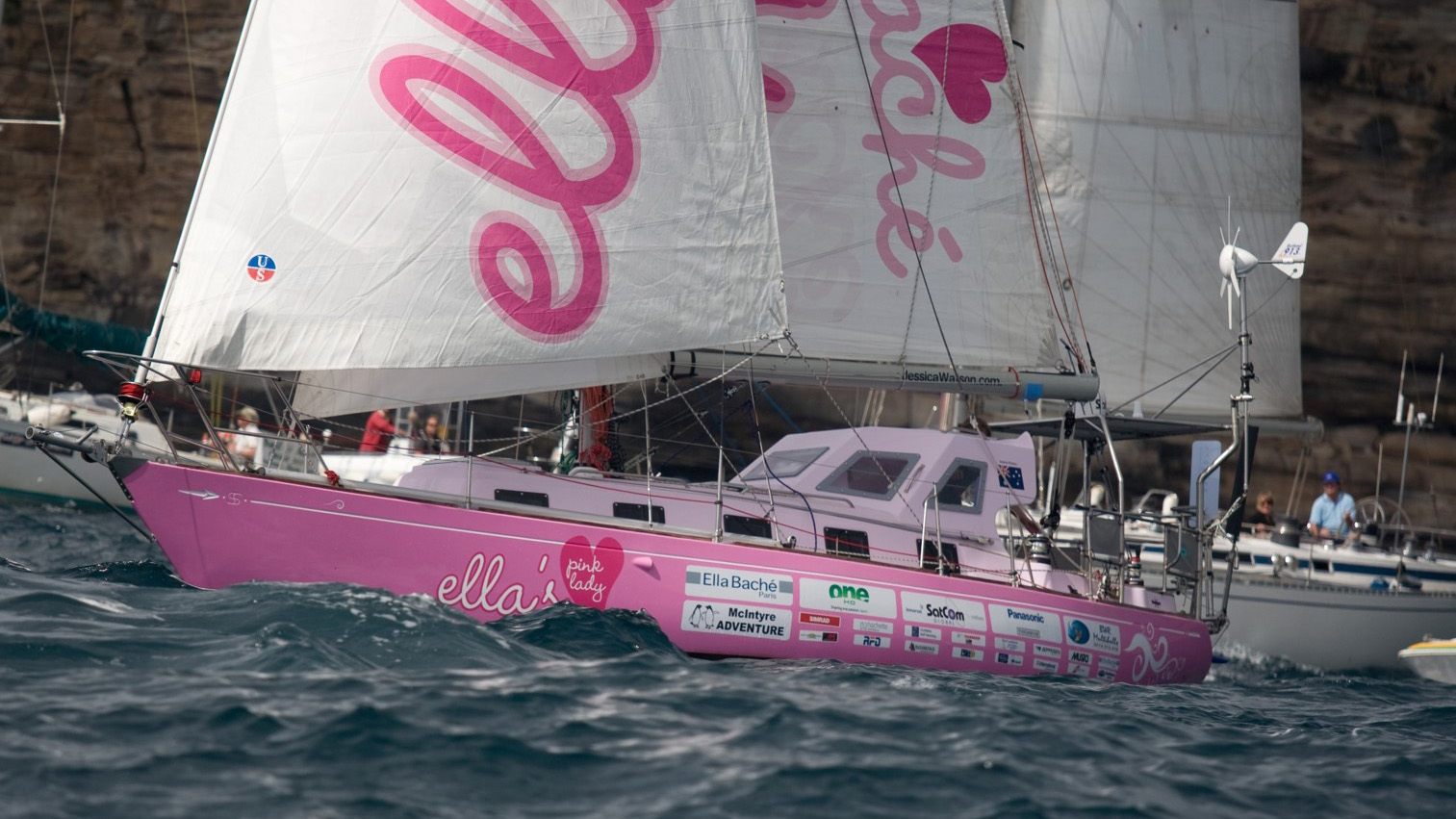 The Golden Globe Race is a very personal challenge for all entrants. Me too. It is not about the money, or fame, or trying to prove anything to anyone else. It is just personal.

Treasure hunting in the Kingdom of Tonga in 2014 was a strange place to start dreaming about a 50th Anniversary edition of the 1968 Golden Globe Race and a second solo circumnavigation for me. I was a long way from the Southern Ocean then and with friends, not in A World of my Own as Robin Knox-Johnston had been for over 300 days. I had recently discovered an interesting 18th century wreck and recovered my first bronze canon. There was no shortage of fun and adventure with plenty of distractions in life, so WHY organise the race?

In a matter of days 25 hardy sailors from all walks of life and 14 different countries will stand proudly on centre stage at the Paris Nautic Boat Show. They will greet the world as entrants in the second only edition of the original Golden Globe Race. I am not one of them. I missed my chance to sail in the one thing I desperately wanted to do, so WHY let that happen?

Very soon Hollywood will join the game with the release of The Mercy, a fantastic film about the demise of Donald Crowhurst, who attempted to fool the world as an entrant in the first Sunday Times Golden Globe. He sailed in circles transmitting false position reports and ultimately committing suicide realising he would be found out. There are now millions of people who not only know about our 2018 Golden Globe Race, but are waiting to follow it with great passion. We still have not secured our presenting sponsor, so for now the only person financing the Race is me, so WHY would I do that?

To all three questions I can honestly answer… because it is the one thing I can do to maybe change the world just a little bit and along the way have fun too. You see I am a great believer in the positive benefit adventure can give to any person. Simply put, you cannot learn about life in a class room. You need to get out and do things, experience emotions and make value judgements to learn. Sometimes the driving force of that transition from text book to adventure can be inspiration. Jessica Watson as a 16-year-old girl sailing solo non-stop around the world inspired too many people to even imagine. Many were young girls. That’s a good thing.

I was inspired as a teenager by Robin Knox-Johnston and Suhaili. That changed my life for the better and grew my love of the ocean to the point where it is and has been, the one constant in my life. That’s not a bad thing! In 2014 I wanted to follow SUHAILI in a solo non-stop race around the world and realised I would have to organise it myself, so I did. It rapidly grew beyond expectations such that I had to manage it, rather than sail in it. It had to be done right and I saw the potential the race had to inspire millions. That race is now my new adventure and the biggest reason I am pouring my effort and money into it.

All adventure has an unknown outcome. So too the GGR which is now confirmed to start in Les Sables d’Olonne on July 1st next year. Like all expeditions plans change. Passion is something that is lacking in this world and something I admire greatly. I wanted to start this race from Falmouth on June 14th 2018. I also wanted people to join the adventure and see the vision I have. The only pace I found that was in France. Passion for food, wine, theatre, arts, culture, adventure, sailing and even life itself is everywhere. It is the French way and the only way I can describe it. The colour is extreme. They want to join this adventure and they know what it means. It simply makes me smile and feel happy. I am with friends. Sure I am Australian and I need to understand their way, but hey!!.. that is OK.

In three years the GGR has evolved and matured. Entrants have come and gone. The final group on the world stage are the last ones standing. We may lose a couple more but the race to the start is nearly over. This is the way with these events. I have been there before. I tried for the 1986 BOC Challenge but only made the 1990-91 edition. I have missed this GGR too, but will make the 2022 Edition in my www.Joshuagg.com one design. I will now sail with Moitessier non-stop and relive the Long Route with my 2022 dream still strong. Maybe I will pass SUHAILI?

It is just months to the start of a journey around the globe like the world has never seen before. It has the power to, and will change lives for ever. This time next year we will all be in the thick of it. The fleet will be stretched across the Southern Ocean from SW Cape to New Zealand then half way across the Southern Ocean toward Cape Horn. Stories will come thick and fast, but not like in the Volvo or the Vendee Globe.

Nine months is a long time. In between periods of intense GGR action, followers will get on with their lives. They will go to work, have holidays, get married, celebrate anniversaries and Xmas, and then the GGR will pop up again and again, right in front of them. This race is not a quick sprint and impossible to miss. Every day, every week, every month for around nine months the Golden Globe Race will be there. It will not be the 24-hour video satellite feed, but it will be consistently there, with six hourly text message updates from each entrant, constant satellite tracking with real time weather overlays and entrant rankings. Daily Live Facebook commentaries from GGR control and weekly video summaries.

Followers will close their eyes and imagine with wonder and awe what it is like being one of these modern-day explorers sailing back in time. They will feel the emotion and live the colour listening to regular online voice reports, wind howling in the background. Film drop points around the world hand deliver super 8 movie film and 35mm photos to capture your imagination with audio tapes telling the tale. For a virtual tour each GGR entrant carries a 360-degree camera as a concession to the 1960s inviting you onboard through your VR Goggles on special occasions. Yet everyday people will go to work and live their lives just like the Golden Globe sailors pushing to the finish in their world.

When it is all over and done with the stories told, I am sure every entrant will be asked WHY? He or she will give an answer to satisfy the moment, but deep inside the reality may be something else. You see the funny thing about adventure and the ‘why’ is that often even the adventurers don’t even know. It is just something from deep within that makes you unable to sleep once the idea strikes. That is when you know you must give it everything to make it happen. That is what drives special people in this world. Everyone on stage in Paris in a few days is a living example.

I feel immensely proud of all the entrants who are with me now and the sacrifices they are making to support our common dream. I feel very grateful for all those friends who gave input in the beginning and to our small passionate management team who are still holding on. To Les Sables d’Olonne Agglomeration I am happy to call you all my friends. To Sir Robin Knox-Johnston, THANKS!

That stage in Paris on 8th December marks the end of the beginning. The Golden Globe Race has truly arrived. Why did I do it? Ask me on April 22nd, 2019.