Graham Dalton, the elder brother of New Zealand’s America’s Cup supremo Grant Dalton, announced today that he is the mystery New Zealand skipper entered in the 2022 Golden Globe Race. The gritty 66-year old from Auckland has unfinished business – to sail solo around the world and win!. Two previous attempts have ended in disappointment. In the 2003 Velux 5 Oceans, a four-stop solo circumnavigation he was dismasted close to Cape Horn and in 2007 he completed the same race but outside the time allowance.

He’s had this dream since childhood. Inspired as a schoolboy by Sir Francis Chichester’s solo one-stop circumnavigation in Gypsy Moth IV back in 1966/7, he recalls: ‘Many of my friend’s parents had yachts and their boys would talk about Chichester’s adventure in the playground saying ’That’s what I’m going to do – sail around the world’. I knew they wouldn’t, but I made a commitment – and every day since, this has been my goal.’

But entering the next GGR non-stop solo round the world race, starting from Les Sables d’Olonne, France on September 4, 2022 has not been straightforward. Having been dismasted, suffered broken rudders, and torn sails, 4 fractured ribs, and endured chronic food poisoning during previous attempts, Graham says: “This time, I waited until I said to myself that I wanted to do this again three days in a row before making the commitment. It has taken some time to resolve.”

The decision was made only after a lot of soul searching and self analysis. Dalton is a determined, tenacious character with great self belief, – many of the attributes shared with his younger brother Grant. The big difference between the two is that while Grant is happy to court the media spotlight, Graham is not. ‘I’d rather not have any publicity. I don’t need it because I won’t have a sponsor. It’s just a distraction that I can do without’. He says. If it were possible, I sense that he would prefer to just turn up at the start dressed like the anonymous Japanese masked wrestler The Great Sasuka and take on all challengers. He’s happiest with his own company and a project to focus on. The media bruha and contact with the outside world – even competitors – he would just as happily do without. The perfect mindset for a solo sailor you might say. 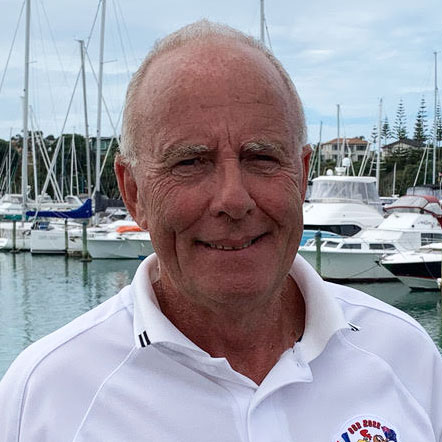