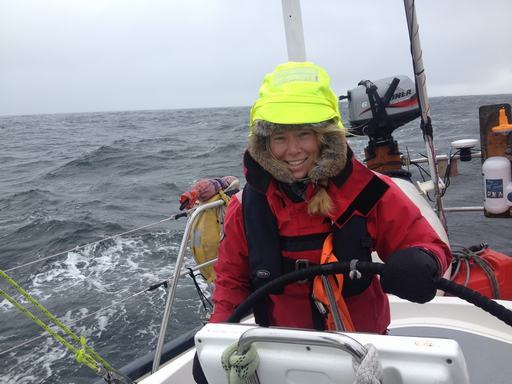 It was exciting to receive 50 expressions of interest to compete in the first 6 weeks of announcing the 2018 Golden Globe Race. We now we have 18 paid up Provisional Entries just one month after applications opened.

This is an unheard of response to any solo around the world yacht race and there are more applications on the way! Now considered THE REAL SOLO RACE, many potential entrants are still restructuring their lives, pulling support and logistics together, or convincing partners before making that final commitment.

The first group are now listed on the ENTRANTS page of the web site with brief profiles, pictures and links. This will be updated every two weeks with any new entries issued. Confidential entries are NOT listed, so expect to see some BIG names announced with sponsors in the months ahead. Basically this initial group are the ones who knew the moment they first heard of the race, that they had to be part of history. I wish you could read some of the comments and passion in their applications to enter. These are not normal sailors and dare I say they are not even ordinary people. Their sense of excitement and commitment is extraordinary.

Many are now hunting boats and I am certainly happy, as I am one of three Tradewind 35’s confirmed to enter. Our first American entry Antonio Martinez will set sail from San Francisco early next year on his Westsail 32 AYALA for Sydney and then on around the world via the Indian Ocean to Falmouth in time for the start. That is nearly a full circumnavigation just to get to the start! In June next year Australian Shane Alan Freeman will also set sail from Melbourne on his Tradewind 35 for Falmouth, via the Indian Ocean bound arriving sometime in 2017.

Seven women initially express an intention to enter and currently only one, 26 year old Susie Goodall (Pictured) from Britain is confirmed. We are hoping for more to keep the men challenged and also to hunt for the BLACKMORES FRIST LADY trophy, issued in recognition of Kay Cottie’s first ever female solo non-stop circumnavigation in 1988.

It is certainly a big step to take from a dream to the reality of completing an application for an invitation to compete and sending in the non-refundable deposit. I remember well in 1984 sending in my own entry application and deposit for the 1986 BOC challenge, then having to finally withdraw two years later with a half built 50ft Southern Ocean solo racing yacht sitting in a paddock! But that’s life and the challenge is there for those who dare and those who hope to live without regret.

It is always easier to find reasons not to do great things than to actually do them. One thing is for sure. We now have a face to the race.