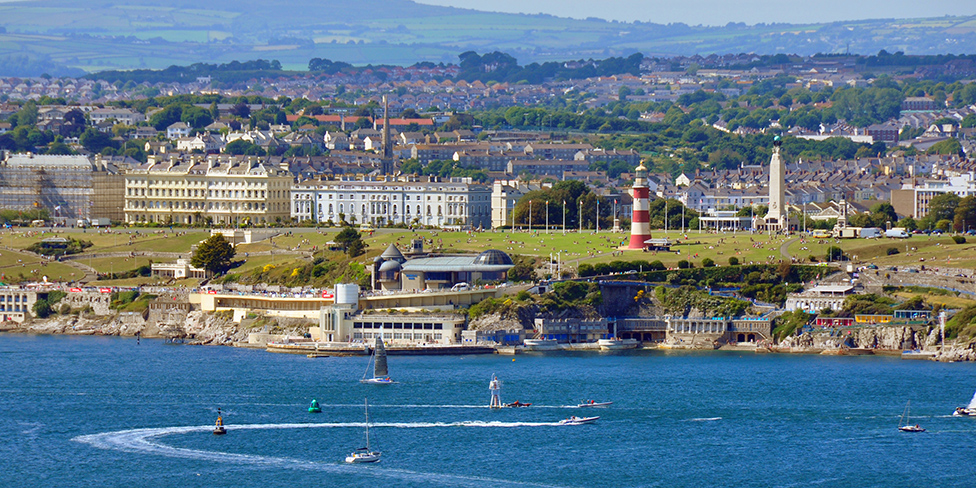 The 2018 Golden Globe Race marking the 50th anniversary of Sir Robin Knox-Johnston’s victory in the Sunday Times Golden Globe solo non-stop round the world Race will start from Plymouth on Saturday June 30, 2018

The Golden Globe Race is all about anniversaries. Today (Saturday April 22) marks the 48th year since Sir Robin Knox-Johnston won the Sunday Times Race and became the first man to sail solo non-stop around the globe.

Thursday June 14 2018 will be the 50th anniversary of Sir Robin’s start in that race from Falmouth aboard his 32ft yacht Suhaili. The 30 skippers competing in the 2018 Golden Globe Race will join hundreds of other yachts in Falmouth Harbour with a sail-past salute to Sir Robin. Other historic yachts joining the commemoration include Sir Francis Chichester’s famous Gipsy Moth IV, Sir Alec Rose’s Lively Lady, a replica of Sir Chay Blyth’s original Golden Globe race yacht Dytiscus III and Joshua, which Frenchman Bernard Moitessier sailed in the original Sunday Times Race.

That night, the Royal Cornwall YC will host a Suhaili gala dinner where Sir Robin will be guest of honour.

Friday 15th June 2018 will see the Golden Globe yachts and historic fleet take part in the SITraN Challenge charity race from Falmouth to Plymouth, timed to finish in Queen Anne’s Battery Marina early that evening. SITraN (Sheffield Institute for Translational Neuroscience) is the nominated charity for the GGR and is one of the world leading centres for research into Motor Neurone Disease, Alzheimer’s and Parkinson’s Disease. From basic neuroscience research to novel therapies and clinical trials – their aim is to improve the lives of patients with neurodegenerative disorders and their families worldwide. These diseases are affecting more and more people. See www.Sitran.org

Falmouth looks forward to hosting the Parade of Sail recognising Sir Robin Knox-Johnston’s significant achievement 50 years ago, in partnership with the Royal Cornwall Yacht Club and the Golden Globe Race. Next year promises to be a great spectacle out on the water.

Plymouth has strong historic links not just with single-handed sailing, but the original Golden Globe Race. The City hosted the first Observer single-handed transatlantic race (won by Francis Chichester) in 1960, was the start and finish port for Chichester’s successful one-stop solo circumnavigation via Sydney, Australia in 1966/7, and also hosted four of the nine competitors in the Sunday Times race – French competitors Bernard Moitessier (Joshua) and Loic Fougeron (Captain Browne), Commander Bill King (Galway Blazer II) and Lieutenant Commander Nigel Tetley (Victress) when they set out on this 30,000 mile odyssey around the five Great Capes.

Visitors will have the opportunity to meet the skippers, look down on their yachts, take a sail aboard Gipsy Moth IV, Joshua and Lively Lady, and view Suhaili and Dytiscus III on display in the marina. In addition, the Royal Western YC is to host an exhibition on the history of singlehanded sailing, and the National Marine Aquarium, which will form part of the Race Village, is planning special interactive exhibits for children, focused on climate change and the effect this is having on Coral reef health and marine bio-diversity.

We are delighted that Plymouth has been chosen as the host city for the Golden Globe Race. This is a true adventure of a lifetime and I am really proud that Plymouth will be able to provide a spectacular backdrop to this event. The City has a proud and illustrious past in ocean racing which we are continuing to support and celebrate.

This is great news for Plymouth and the Club which is the home of Single Handed Oceanic racing. We very much look forward to welcoming the competitors, their families and friends, before they start their epic voyage around the world. Plymouth continues to build on its enviable reputation to host major international sailing events.

Climate change and sustainment of the planet’s marine ecology are subjects close to the hearts of all the competitors and form a major part of a school education programme that will involve the National Maritime Aquarium, the McIntyre Adventure Marine Discovery Centre and the Open University.

As part of this, each skipper will nominate a school in their region of the world to partner with a school in Plymouth and will host classes from these schools at the Race Village prior to the start.

The National Marine Aquarium is a charity created to support and promote healthy oceans. Our world-class education programme facilitates curriculum based learning for 30,000 students annually, linking an array of subjects to the marine world. We work with Pre School to PhD students. The Golden Globe Race is an incredible event and our team are really excited about developing the Learning Programme and the opportunities it offers Britain’s Ocean City and students around the globe.

During the 15-day build-up to the start from Plymouth, The Golden Globe Race will be holding a series of lectures presented by famous sailors, and host an Ocean Adventure Film Festival (Now open for international entries) which will include little seen historic footage, recording the pioneering days of sail together with a short film competition shot on Kodak Super8 film – the same stock that the Golden Globe Race fleet will be shooting on.

In addition, Plymouth City Council will be holding its famous Plymouth Jazz and Blues festival in the Race Village, playing the best music from the Swinging Sixties.

Plymouth’s enthusiasm for the 2018 Golden Globe Race is fantastic. We are all excited to be partnering with this vibrant Ocean City and with so many new and exciting elements coming together for the Race Village and start day, we are looking forward to attracting spectators from across the UK, Europe and the world. June 30th will see 30 heroes embark on a voyage the likes of which the world has never seen.

This past winter has seen some entrants inevitably drop out but their places were eagerly filled by those on the Wait List. One of the fallers is Australian Shane Freeman who was forced to abandon his Tradewind 35 yacht Muska after being capsized and dismasted in fearsome seas some 600 miles west of Cape Horn. Mercifully, Freeman was rescued by a passing ship, and though no longer a competitor, he hopes to have a role to play supporting other competitors and the race.

This has left a very strong list of 25 entrants including new names Izabel Pimentel from Brazil, Mark Slats from the Netherlands and Mike Smith from Australia. It also gives the opportunity for five more to fulfil lifelong dreams of sailing around the world.

‘The race is limited to 30 entrants, and since we have received more than 150 tentative enquires, I don’t think it will be long before our list is full again’, says Don McIntyre, the GGR Chairman. ‘I know a few sailors around the world who are losing sleep this week deciding whether to join the GGR family and change their lives for ever. It is a case of first-come, first served’.

For further details, go to www.goldengloberace.com/the-rules/

Izabel Pimentel is a 51-year old Brazilian who has done this all before. In 2014 she became the first South American woman to complete a solo circumnavigation via the three great Capes – Good Hope, Leeuwin and Cape Horn. She has also made eight Atlantic crossings alone and written five books in a sailing career that span 11 years.

The daughter of a soldier, she spent her formative years following her parents from one posting to another. Her first career was as a systems analyst working in Brazil and Portugal until 2006 when, at the age of 40, she chose to follow her passion for sailing, starting with a solo transatlantic crossing in a 21ft boat from Brazil to Europe. In the 11 years since, she has covered more than 70,000 miles alone, including competing in the 2009 Mini Transat 6.5 race.

Izabel says of the GGR. “This is such a poetic event, reviving the spirit of those great navigators from the past – Men like Slocum, Moitessier, Tabarly and Knox-Johnston. They are my heroes. It is they who have made us the navigators we are today.”

Her preference is to campaign a Rustler 36, or similar 36ft yacht.

Mark Slats (40) is another to have completed a solo circumnavigation before, sailing the 46ft Alan Buchanan designed yacht Cornelia in 2004/5. The Dutch sailor who was born in Darwin, Australia and moved to the Netherlands at the age of 8, has bought a Rustler 36 – the first one to be built – and plans to take delivery of her in Scotland in May and sail her back across the North Sea to his home port of Wassenaar, near the fishing port of Scheveningen.

Mark has his own business renovating old houses, but is finding preparing for the GGR and the next Talisker Transatlantic Rowing Challenge in December, is taking up a great deal of his time. ‘I’m out training 4 hours each day and spending the rest planning for these two events. It is very time consuming!’

He is being helped by Dutch naval architect Dick Kopmans who will oversee the fit-out of his Rustler 36 which will be slipped just 100 metres from Mark’s home.

Mike Smith (58) is a boat builder and former project coordinator for Boatspeed, builders of Dame Ellen Macarthur’s record-breaking trimaran B&Q/Castorama, and the Volvo Ocean Race yacht Movistar. Very experienced in hi-tech composite construction, this South African born sailor is using his expertise to create a modern replica of Sir Robin Knox-Johnston’s 1968/9 race winner Suhaili. He has utilised the latest CAD design system to first fair the lines of this ERIC design, then laser cut the frames.

Construction is taking place in a barn outside his home near Newcastle, NSW and she is now ready to be strip-planked and sheathed in epoxy.

Mike’s plan is to compete the hull later this year and have it shipped to Cape Town for fitting out before sailing her to Plymouth for the start.