Indian sailor Abhilash Tomy was an entrant in the 50th anniversary edition of the Golden Globe, a solo non-stop race around the world which started from Les Sables d’Olonne France on July 1st 2018.

He was rescued after 83 days at sea following a complex international effort. The winner of the first 1968 Sunday Times Golden Globe was Englishman Sir Robin Knox-Johnston sailing a 32ft timber yacht built in India named Suhaili. He became the first person ever to solo circumnavigate the globe non-stop after 312 days. Abhilash was sailing an exact replica of Suhaili, named ‘Thuriya’ and also built in India.

Abhilash, a Navy commander who had previously sailed solo non-stop around the world was running third in the race when an extreme storm deep in the Southern Indian Ocean rolled and dismasted his yacht, severely injuring his back and was unable to move his legs. Trapped below, he sent a short text message to race control and turned his EPIRB on. Then all communication was lost.

Halfway between Australia and South Africa, the disabled yacht was as far from rescue as anyone could be. Three and a half days later, a French Government fisheries patrol vessel OSIRIS arrived at the scene. In difficult conditions the crew were able to recover Abhilash in a stretcher. He was later transferred to an Indian Navy vessel sent to recover him and two days after arriving in India titanium rods were inserted in his spine and 5 vertebrae were fused into one.

My legs were so badly off that I had to learn to walk again. But I did learn to walk, and then got into a cockpit and got back to Navy flying, and sailing! Now three and a half years later, I am heading back into the same race that almost got me killed.

Abhilash has purchased a Rustler 36 in France, and named it ‘Bayanat’. It previously raced in the last Golden Globe by Philippe Péché with PRB sponsorship. He has just five months to complete a full refit and sail a 2,000 mile solo voyage to qualify for the GGR. He is the last entrant to join this incredible human adventure that is unlike any other event in the world. 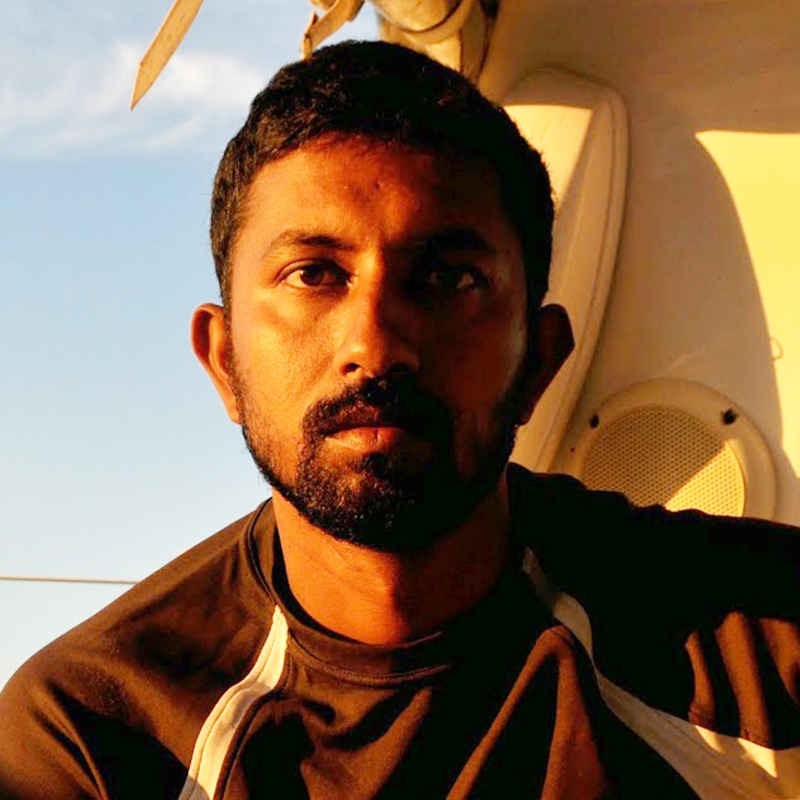