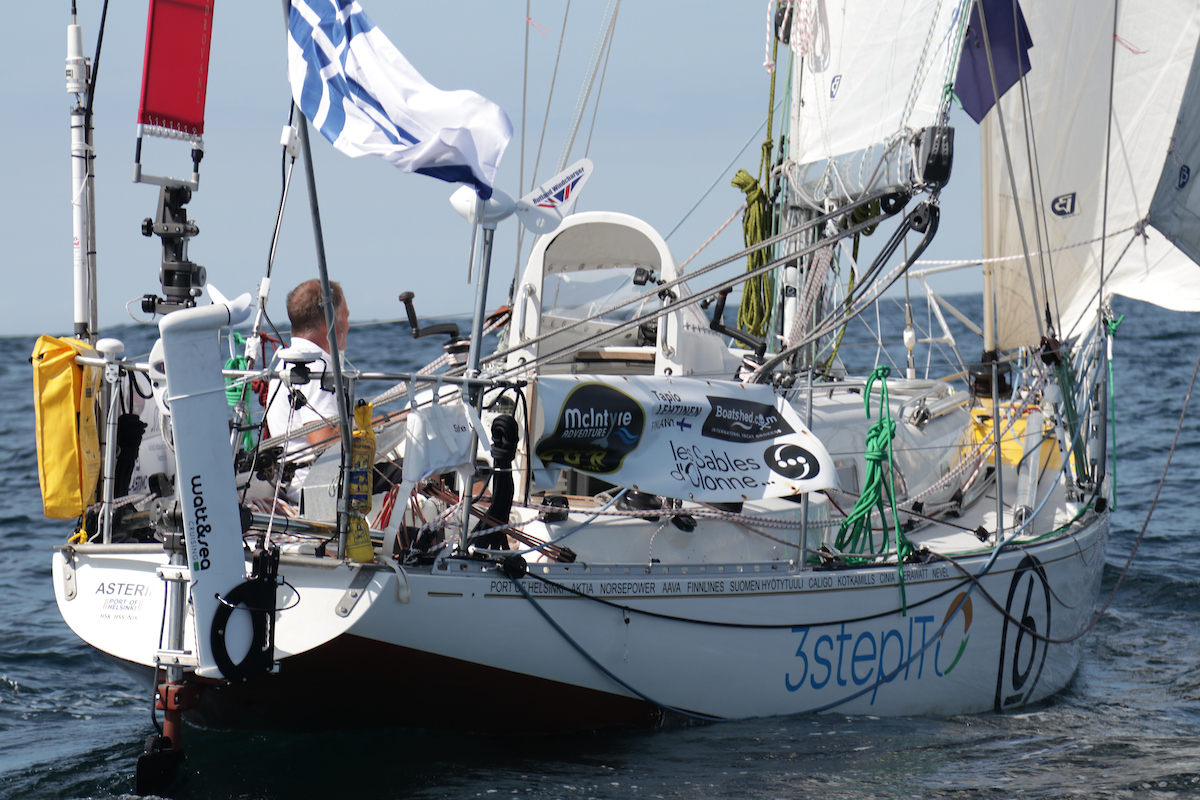 Tapio Lehtinen is sailing in the 2022 Golden Globe Race, a solo, non stop adventure, around the world. He departed from Les Sables d’Olonne France on Sept. 4th this year and after passing through the Cape Town film gate, was heading toward Australia in the Southern Ocean.

The GGR Crisis management team in Les Sables d’Olonne and Race Founder and President Don McIntyre in Cape Town have been coordinating with the Cape Town MRCC and CROSS Griz-Nez in France.

At 0852 UTC, Tapio also activated his liferaft’s PLB indicating that he may have abandoned ship. The liferaft also has a VHF radio and GPS packed inside. MRCC Cape Town contacted nearby commercial vessels to divert to his position, with the closest ship 250 miles away.

GGR entrants Kirsten Neuschäfer and Abhilash Tomy, respectively 105 and 170 miles to his SSW have been informed of his latest PLB position. Abhilash was first to receive the message and diverted course towards Tapio’s latest position.

At 0922 UTC Tapio activated the emergency YB3 satellite tracking and texting device which is part of the grab bag and at 1002 UTC manually acknowledged the message sent by the GGR Crisis Team. indicating he was able, and had the emergency grab bag with him.

The grab bag contains food, water and several critical pieces of equipment, including an emergency GPS, a Search & Rescue Transponder, a second 406 EPIRB, and a handheld GMDSS Radio.

Tapio has since contacted the Crisis Team explaining that the yacht flooded from the stern with water up to deck level in 5 minutes. He is in his survival suit, boarded the life raft but has no glasses so struggling to write or read text messages.

Conditions in Tapio’s zone are manageable with light winds and 2,5-metre swell. With Kirsten now en route and closest a 100 nm away, the GGR Crisis Team released Abhilash from the rescue effort. Kirsten is motoring and should have favourable winds later, expecting to be in the zone on Saturday 19th November in the morning.Forecasts suggest moderating conditions over the next two days.

MRCC Cape Town has established communication with the bulk carrier DARYA GAYATRI and requested to divert and render assistance. The vessel is currently 250 nm NW off Tapio’s position with an ETA on November 19 at 1200 UTC.

Our thoughts are with Tapio, his family and friends during this challenging time. The South African Maritime Rescue Coordination Center is doing an excellent job of coordinating the rescue efforts. Tapio is an experienced seaman with a strong proven yacht, well prepared for these conditions. We thank everyone for their messages of support for Tapio and those who are right now involved with his rescue.