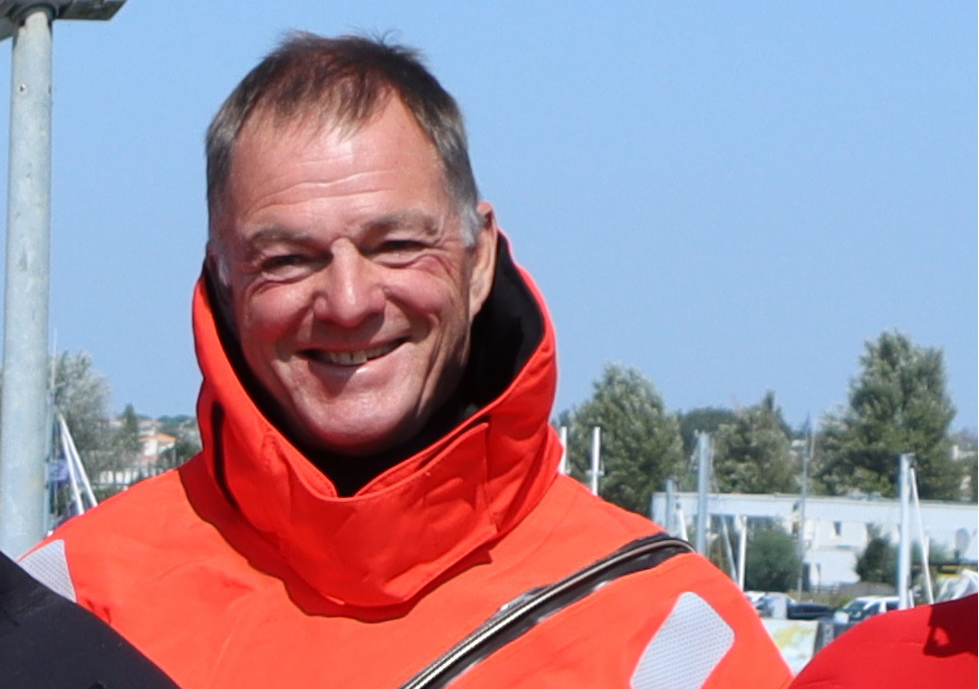 Picture above: Every GGR2022 entrant puts on their survival suit in their training, including Tapio Lehtinen (FIN). Picture Credit: Nora Havel / GGR 2022

Successful rescue operation for Tapio Lehtinen in the Southern Indian Ocean. Kirsten Neuschäfer first to reach his position, and take him to safety aboard Minnehaha before transferring him onto the Bulk Carrier M.V. Darya Gayatri.

GGR entrant Kirsten Neuschäfer (ZAF) was first to reach Tapio’s position this morning at 0510 UTC. The South African sailor whisked GGR Veteran and Finnish sailing legend, Tapio Lehtinen, from his liferaft where he had been since Friday 0700 UTC.

Three boats had been diverted yesterday to assist GGR entrant Tapio Lehtinen after he activated his Emergency Position-Indicating Radio Beacon (EPIRB) at 0654. He then activated his Liferaft Personal Locator Beacon at 0854 UTC following the sinking of his yacht Asteria.

Abhilash Tomy (IND) aboard Bayanat, 170 nm SW of Tapio’s last known position, was the first to receive the message sent through the YB3 device and divert his route.

MRCC Cape Town confirmed communication with Captain Naveen Kumar Mehrotra onboard the bulk carrier M.V. Darya Gayatri bound to Singapore, 250 nm NW of Tapio’s position, diverting course at 12,5 knots and rendering assistance with an ETA between 0830 and 1000 UTC on November 19.

Later in the day, Kirsten Neuschäfer aboard Minnehaha, who was the closest to Tapio at 105 miles, contacted the GGR Crisis Team after receiving the message on her YB3. In accordance with the Race Office, she broke the seal of the emergency GPS and diverted her course towards Tapio’s position.

Abhilash Tomy was then released from the rescue to resume racing. As a fellow competitor in the GGR 2018 and friend of Tapio, he kept sailing close while released and asked to be updated on any progress.

Kirsten was regularly updated on weather information as well as Tapio’s position and drift by the Race Office in order to maximise routing for the fastest route to him. Meanwhile, Tapio was updated on Kirsten’s progress and ETA and showed good spirit throughout the night.

You can’t get any closer to the ocean, I love it but this is close enough.Thanks for looking after of me.

Posting speeds above 7 knots, Kirsten was the first on site at 0510 UTC, the conditions at the time were 20 knots of SSE wind, 2 to 3 metre swell and daylight.

It was not an easy task however. Tapio had an early visual on Kirsten’s yacht but she could not see the liferaft in the swell. Kirsten would hear him on the VHF but Tapio could not hear her voice. The GGR Crisis Management Team homed her onto Tapio’s position until they were close enough to see and hear each other to plan for recovery.

Kirsten called the GGR Management team at 0805 UTC to confirm that she had retrieved Tapio from the liferaft onto Minnehaha with a retrieving line. After sharing a good glass of rum, they then proceeded to put Tapio back in the raft, pulled it towards the carrier, which he then successfully boarded via a rescue ladder. (Phone recording on our SoundCloud channel).

I’m full of adrenaline now, I’ve been up helming all night, and it’s quite something to be manoeuvring so close to a ship, but we’re all good. He was on board, we drank a rum together and then we sent him on his merry way. (…) No congratulations needed for the rescue, everyone would do the same for another sailor, thank you guys for coordinating it.

M.V. Darya Gayatri, contacted by MRRC Cape Town, later confirmed that Tapio has been onboard since 0755 UTC and that they were retrieving the abandoned liferaft. The vessel is bound for Rizhao, China where they will drop off Tapio. MRCC Cape Town is contacting the Finnish Embassy to coordinate his arrival together with the GGR Race Control.

WOW!!!! Bravo to all involved with the successful rescue of Tapio which was a huge effort. It was comforting to feel the support from the GGR family around the world and experience the professionalism and dedication of MRCC South Africa, as well as Capt. Naveen Kumar Mehrotra, and the crew of the M.V. Darya Gayatri who are upholding the greatest traditions of the sea by assisting a fellow mariner in distress. Thanks Abhilash for diverting and staying close by, and Kirsten your ocean experience and human spirit sets you apart. Your efforts have written another chapter in life and a special bond with our dear Tapio!!! Welcome back Tapio… your family is waiting.