Boat Name: One and All

Uku Randmaa began sailing at the age of 3 aboard his father’s yacht, then graduated through the junior ranks sailing Optimist, Cadet, OK, Laser and 420 dinghy classes. After leaving Tallinn Marine University with a Master’s ticket in 1984, he got back to competing in regattas at a serious level, then graduated to offshore sailing with his Hanse 430 yacht Temptation, completing a solo voyage to Iceland and back prior to sailing solo around the world with stops between 2011 and 2012.

Uku says of the GGR:

This is a dream event – a round the world race for real gladiators. For me, the best is to take part; the worst – not to finish. If I’m not going to win, then simply finishing will fulfill my dreams.

Uku Randmaa had planned to race the Rustler 36, Maibi in the GGR but then had second thoughts after reviewing all the luxuries and labour-saving devices onboard.

She was too luxurious with teak decks, bow thruster and heavy anchor winch on the foredeck – none of which I need for the race.

So, in December 2017, he made the decision to buy Lionel Regnier’s Rustler 36 One and All, which the Frenchman had already refitted for the GGR prior to his retirement. 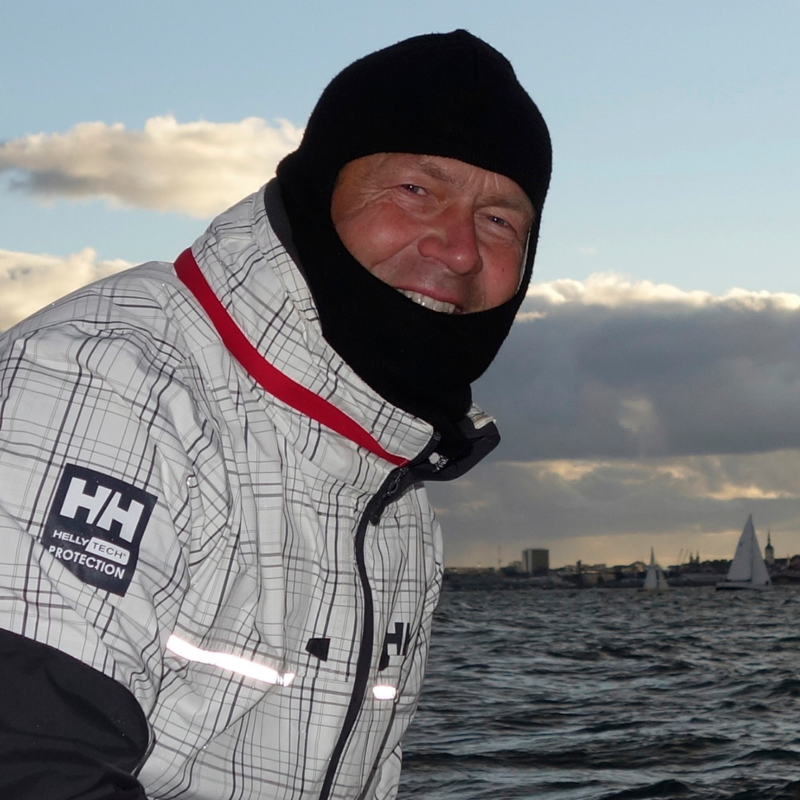