Simon is from Emsworth, UK. Currently a resident in Morbihan, near Pontivy with his nautical base in Lorient, France.

Inspired by the early adventurers Sir Francis Chichester, Sir Robin Knox-Johnston and the pioneers of solo sailing, Simon started dinghy sailing from an early age. He moved to keel boats in the 1990s. Simon later found dinghy-type performance in boats with keels in the Classe Mini, campaigning a prototype from 2000-2001 and ultimately competing in the in the 2001 Mini Transat.

The GGR 2022 is a totally different challenge, slow, classic and ‘safe’ designs but with only the equipment available in the 1960s permitted. All solo sailing is a challenge, requiring management of navigation, meteorology, boat and personal performance. But the GGR adds the Southern Ocean to the mix to be respected and appreciated, competing in a marathon race over 220 to 300 days!

With a single finisher in 1968/9 and five in 2018/9 the emphasis remains first and foremost on completing the punishing 30,000 mile course.

Clara is a Biscay 36, originally Sloop rigger but now cutter, built in 1976 at Emsworth Yacht Harbour from moulds by Robert Ives, to the design of Alan Hill. Acquired in the spring of 2019 in good cruising condition, Clara is being sailed and prepared ready for participation in GGR 2022. During a major refit in 2021 the rig was changed from Sloop to Cutter, the wheel steering replaced with tiller steering and the structure substantially reinforced. 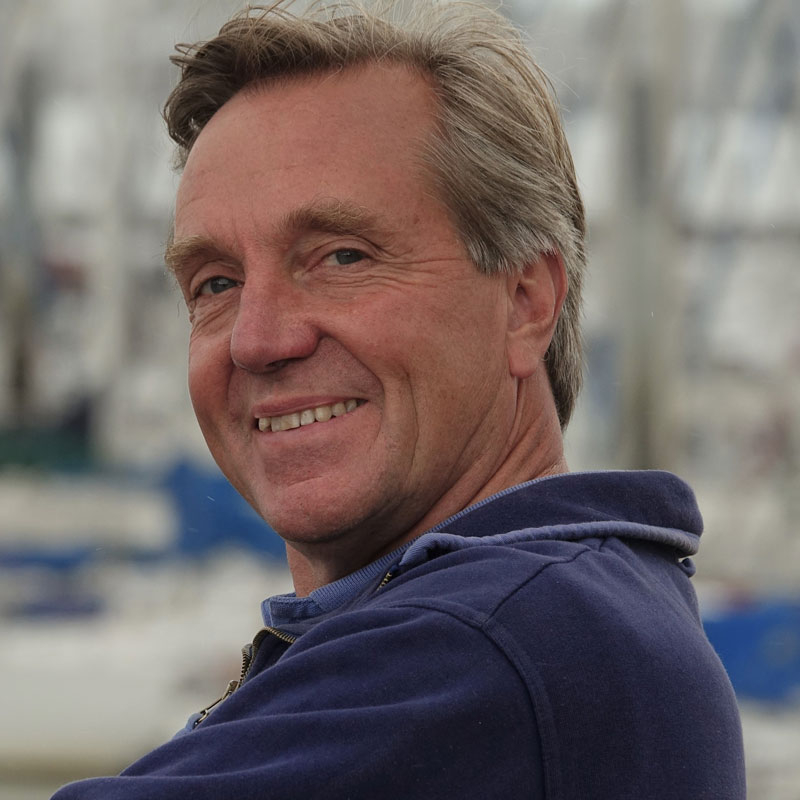