Robin Davie is the master of three previous solo circumnavigations that have included dismastings and the loss of a rudder!

He was an entrant in the 2018 GGR but was beaten by time to make the start. Finding and refitting his Rustler 36 simply took too long. He was the last entrant to withdraw before the start. Now it is a different story. His boat is looking good and he is more fired up than ever before with more solo transatlantic training planned leading to the start of the GGR.

Robin (being a young man) is hoping to repeat or better JL VDH’s performance, but he would never tell you that.

Robin Davie bought his Rustler 36 in Benfleet, Essex and sailed west to Falmouth to refit himself close to Rustler Yacht’s yard where she was built for home completion. ‘Nothing was ever quite finished, and the more I looked, the more I found needed working on or replacing’ he says. Davie has re-glassed the hull and deck joint, extended the chain plates, replaced the mast step and constructed a solid doghouse to protect the cockpit area. He planned to re-launch her in March and cross the English Channel to Les Sables d’Olonne to fit a new mast taken from Jean-Luc Van Den Heede’s rival Rustler 36 Matmut then devote the last three months before the start to completing sea trials. 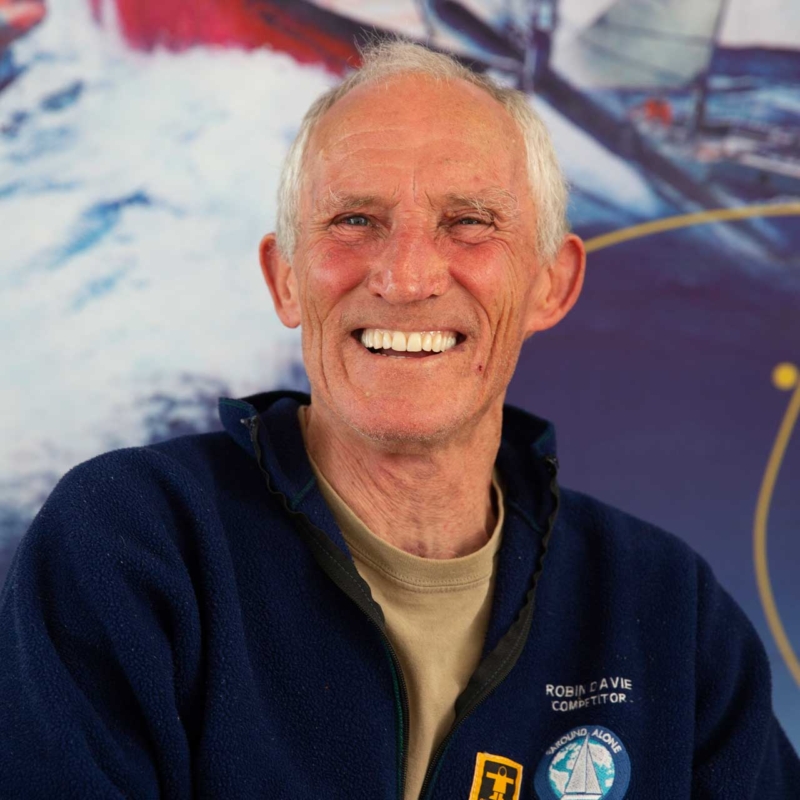