Kirsten has been sailing dinghies since her childhood, but sailing since 2006 as a profession. From sailing training to sailboat deliveries, she built a diverse set of skills and experience. Kirsten’s longest single-handing was a delivery from Portugal to South Africa with only a windvane as self-steering, on an old and maintenance-intensive 32-foot ferro-cement sloop. In 2015, she began working for Skip Novak on his Pelagic Expeditions to South Georgia, The Antarctic Peninsula, Patagonia and the Falklands.

Kirsten has sailed several film crews down to capture the beauty of the Antarctic. She was featured in National Geographic series ‘Wild Life Resurrection Island with Bertie Gregory’ as she sailed his crew throughout South Georgia to shed light on the beautiful ecosystems and hardships they’ve faced. She also sailed and was a support vessel for several crews from the newest BBC series ‘Seven Worlds, One Planet’ for footage of leopard seal predation against gentoo penguins and albatross behavior from Bird Island South Georgia.

Along with sailing, she also enjoys other solitary adventures. She cycled from Europe back home to South Africa (15000 km over approximately one year) on her own when she was just 22. She traveled throughout the Northwest and Central Africa into Southern Africa and eventually ending in Cape Agulhas. The trip brought trials and tribulations but was life-enriching in every sense, giving her the deepest appreciation of Africa and her people.

Minnehaha is a Cape George 36, launched in 1988. She was built in the Cape George yard in Port Townsend, Washington.

This boat design was created by Cecil Lange, an esteemed boat builder. With the help of Ed Monk, a designer, the Cape George 36 is a fiberglass adaptation of the Tally Ho Major, Atkins 1930s boat.

Minnehaha is a fictional native woman from Henry Wadsworth Longfellow’s 1855 poem ‘The Song of Hiawatha’. She is the lover of the poem’s primary character, Hiawatha. The name Minnehaha is said to mean ‘laughing water’ in the poem. It more accurately translates to ‘waterfall’ in the Dakota Sioux language. 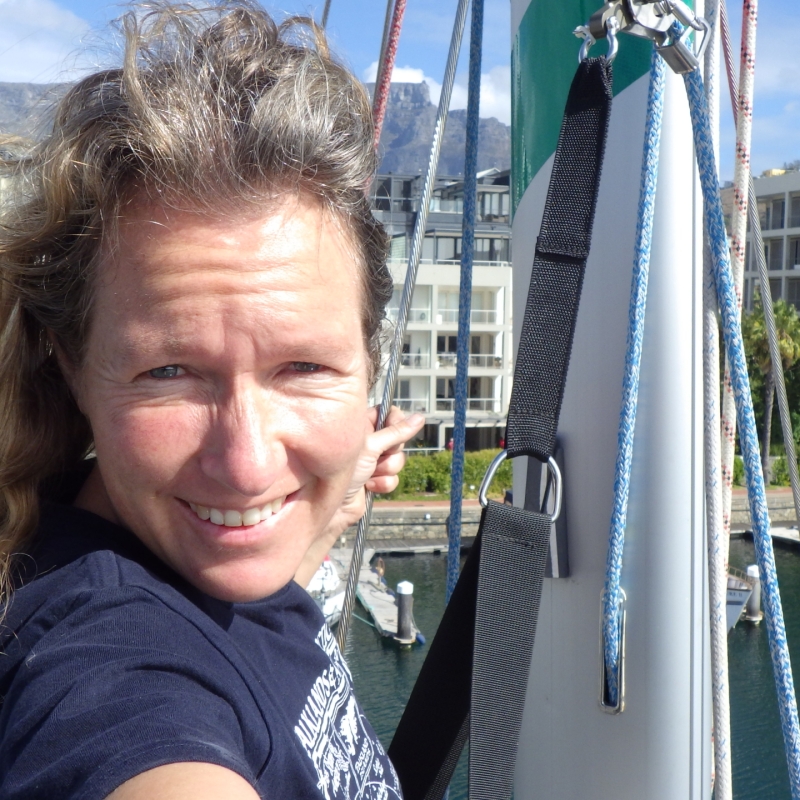