Kevin Farebrother, a fireman from Perth, West Australia, is an adventurer at heart, with three successful ascents of Mount Everest. On his last climb, this former 23 SAS soldier took with him a copy of Sir Robin Knox-Johnston’s book A world of my own, and says: ‘The story of winning the first Golden Globe Race in 1969 was far more scary than anything I’ve experienced climbing Everest!’

Kevin had previously owned a UFO 34 yacht and bought Don McIntyre’s Tradewind 35 Silver Heels to do the GGR, which he has renamed Sagarmatha, and shipped to the UK.

Farebrother says of the GGR:

The race is a chance in a lifetime that will test mind and body to the limits. The challenge is being alone for such a long period with no one to bounce off thoughts and ideas when the going gets tough.

Kevin Farebrother bought Don McIntyre’s Tradewind 35 class yacht Silver Heels in 2016. He has renamed her Sagarmatha, which is Nepalese for Mount Everest. He sailed her the 6,000 mile distance from Sydney around the top of Australia to Perth where he prepared the yacht for the Race during 2017. Sagarmatha joined Mark Sinclair’s rival Lello 34 Coconut on the same ship bound for London. Kevin planned to base himself in Les Sables d’Olnne to make final preparations. 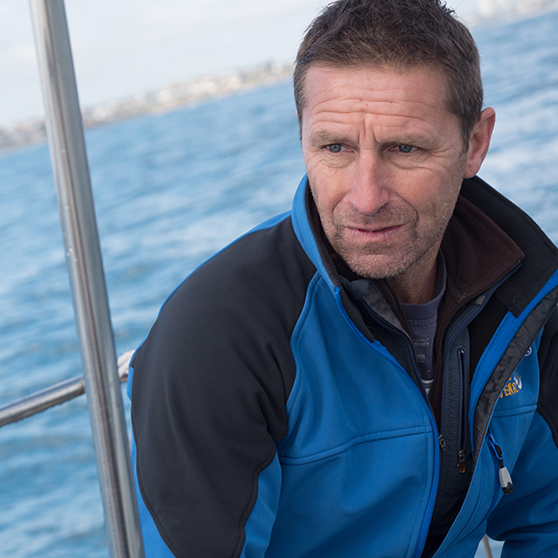