Istvan Kopar, a Hungarian-born American, is a professional sailor and U.S. Coast Guard-licensed captain who has logged more than 60,000 nautical miles sailing solo. His proudest accomplishment to date was his solo one-stop circumnavigation in 1990-1991 without the aid of GPS. He relied on a sextant, manual chart plotting, and weather forecasts broadcast in Morse code. Sailing a 31-foot boat that he had built himself, Istvan completed the voyage in record time for the size of his yacht. Istvan also skippered the winning yacht in the 1996/97 Hong Kong Challenge around the world yacht race. He was among the top finishers in the 1992 America 500-Columbus Transatlantic Race, and won the Kapry’s Trophy in the 1995 Atlantic Rally for Cruisers (ARC).

This race is custom-made for me. My first hero and role model was Joshua Slocum, the first recorded solo circumnavigator. He had no land support, no modern navigation and communication devices, or even a mechanical wind vane. He was the real deal. And he was able to accomplish this historic achievement due to his upbringing and constant connection with the oceans and sailing.

We admire the other great sailors, but the gap between nature and its users has been getting more visible by the day. Those competing in the Vendée Globe or Volvo circumnavigation races are becoming increasingly dependent on manmade equipment, and less dependent on nature. They start to look and act like astronauts in space, getting more and more isolated from nature. There is a demand for that, and it is all well and good, but we still need ‘optimists during our upbringing. And for the very same reason, we need races like the GGR to maintain our heritage and seamanship, as well as to increase the number of self-sufficient, independent, and consequently happy people in the world.

Istvan Kopar purchased the 1986-built Tradewind 35 class yacht Puffin in 2015 to compete in the GGR. Istvan and his team have since stripped the inside and outside of the boat and added more layers of fiberglass to improve her durability. Other modifications included decreasing the size of the cockpit and improving its drainage, adding a watertight bulkhead inside the bow, and installing an additional freshwater tank.

During this work Istvan removed his wristwatch, not just because it was an obstacle at times, but to stop himself from checking off the days like minutes. He has won much-needed support from friends and the industry, in particular Alexseal, Seahawk, Selden, Windpilot, Wempe, BaoBab Group, and Bayside Canvas. Puffin was relaunched in November 2017 following a comprehensive 2-year refit. Initial sea trials took place in Oyster Bay, New York, before she was hauled out again for the winter. Puffin is now painted bright orange and was due to be re-launched at the end of March. Istvan planned to use the transatlantic crossing to complete his 2,000-mile qualifying sail and intended to base himself in Southampton UK prior to the start. 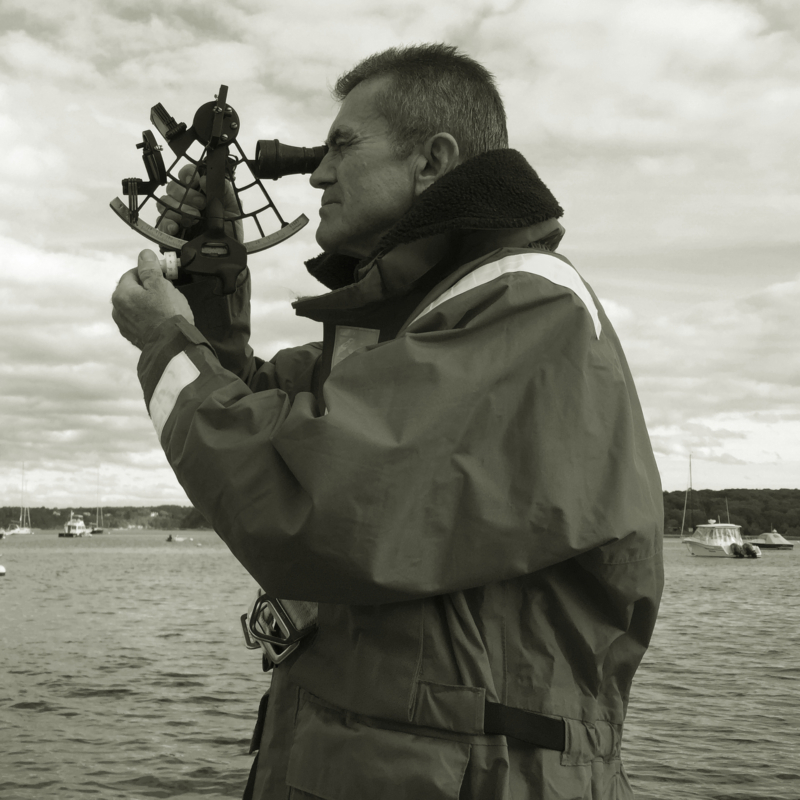