Born and bred on the banks of the River Volga running through the Russian city of Yroslavl on its way to enter the Caspian Sea, Igor Zaretskiy is one of Russia’s most experienced international sailors. He has twice won the Russian ¼ Ton championship, competed in multiple RORC Caribbean races, and such classics as the Fastnet, Newport-Bermuda and Middle Sea races. In 2010 he won the Jester Challenge singlehanded transatlantic race, a feat that won him Russia’s Yachtsman of the Year title.

Sailing around the world has been a dream since childhood. I knew about the first Sunday Times Golden Globe Race in 1968/9, and I am pleased to have the opportunity to take part 50 years later.

Igor Zaretskiy has selected the Belliure Endurance 35 ketch Esmeralda to compete in the GGR. Supported by the magazine Yacht Russia, his team spent the 2017/18 winter preparing the yacht in the warmer climes of Spain. They took delivery of a new rig in February and planned to relaunch her at the beginning of March ready for Igor to sail first to the Azores before heading north to Falmouth as part of the yacht’s sail trials. 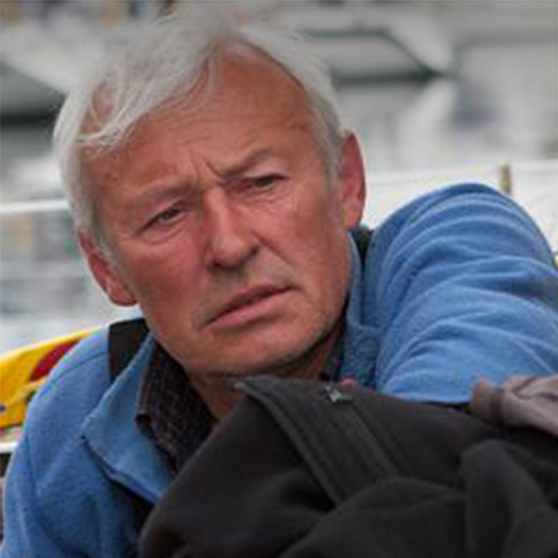