Ever thirsty for adventure, Gregor McGuckin has been involved in the outdoors from an early age. Starting out climbing the hills and mountains around Ireland, he soon discovered the sea and windsurfing and surfing became a daily part of life. He chose sailing as his profession, starting as a dinghy coach, delivery skipper and in recent times, skippered of a 62ft yacht based in the Caribbean. He has logged over 45,000 miles crossing the Atlantic and Indian Oceans and many other passages around the world. Always looking for the next challenge, Gregor was excited by the opportunity to compete in the 2018 GGR and hopes to become the first Irishman to complete a non-stop, unassisted solo circumnavigation of the world. via the three Great Capes.

Gregor has partnered with an Irish publisher CJ Fallon and Ireland’s Marine Institute to create an education programme based around his GGR voyage, designed to engage primary children in adventure and the marine environment. Distributed free to classrooms across Ireland, the overriding goal has been to create an army of ‘Ocean literate’ young people who understand the importance our oceans have on them so that they are well placed to ensure a sustainable and sensible future for Ireland the world.

When I started sailing, the main attraction was the freedom it gave me to explore. As I grew older and started sailing larger vessels, the scope of the areas I could potentially explore became almost infinite. When I started reading about the GGR I had already crossed the Atlantic a few times and the Indian ocean and asking myself ‘What next’. A circumnavigation was always a dream along with ocean racing, so when this came up as an affordable way of achieving both it was a no-brainer.

Gregor has selected the ketch-rigged Biscay 36 Mary Luck to compete in the GGR. Her refit was due to be completed at the end of February 2018, and he planned to spend March and April sailing around his native Ireland combining training with a promotional tour of ports.

The yacht’s name will be the subject of a competition among primary school children taking part in the education programme associated with Gregor’s GGR entry. 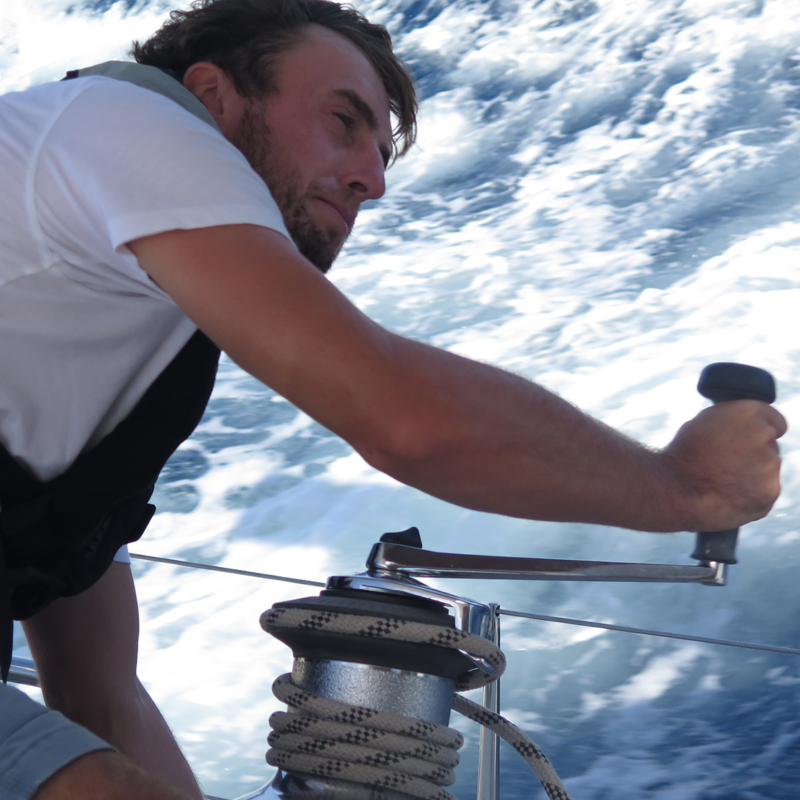