Boat Name: One and All

I grew up on a cattle ranch in the Sandhills of Nebraska which is a vast sea of sand covered in grass horses and black cattle.

As a true renaissance man I left the ranch at an early age seeking adventures and broader horizons on air land and sea. In the late 1980’s I spent a few years at sea with the US Navy. Since then boats have been apart of daily life even when far inland. I became a commercial pilot in the mid 1990s and have accumulated some 11000 hours of flight time since then. Most of that is in single engine air tanker aircraft operating at low levels doing aerial applications for fire fighting and crop protection operations. I’ve also been an amateur photographer in many different formats since my early teenage years and have most recently worked on several aerial photography and film projects throughout the US. I was barely a year old when the first GGR contestants set off in 1968 and only became aware of the race a dozen or more years later when reading ‘A World of My Own’ as a young boy barely old enough to imagine. Then in 2016 as a spectator at the 2016 Vendee Globe learned the GGR was being resurrected and from there the torch was lit.

Doug Dean made the decision to buy Uku Randmaa’s Rustler 36 One and All. 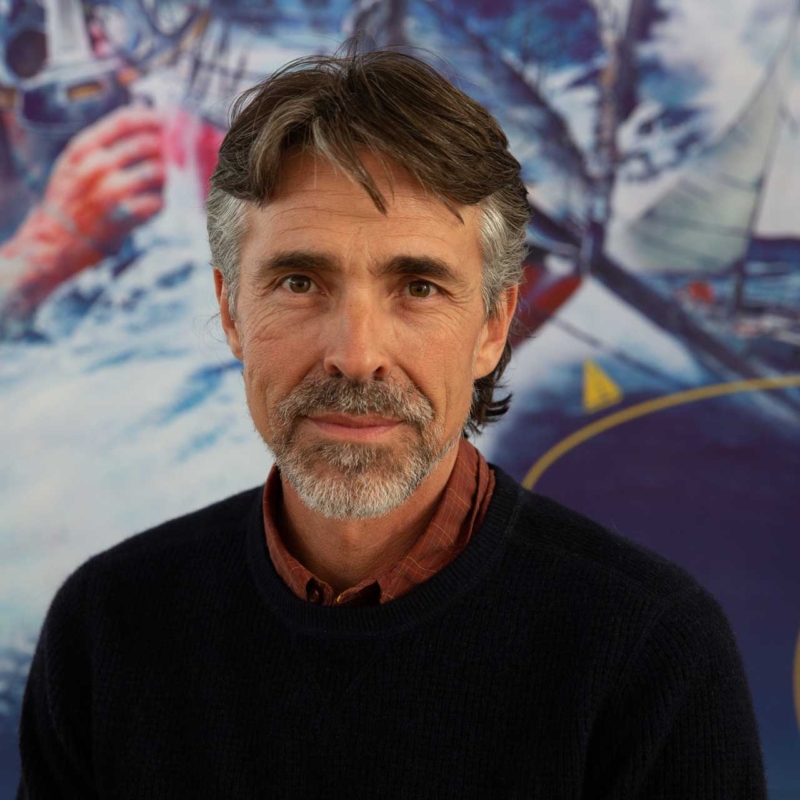