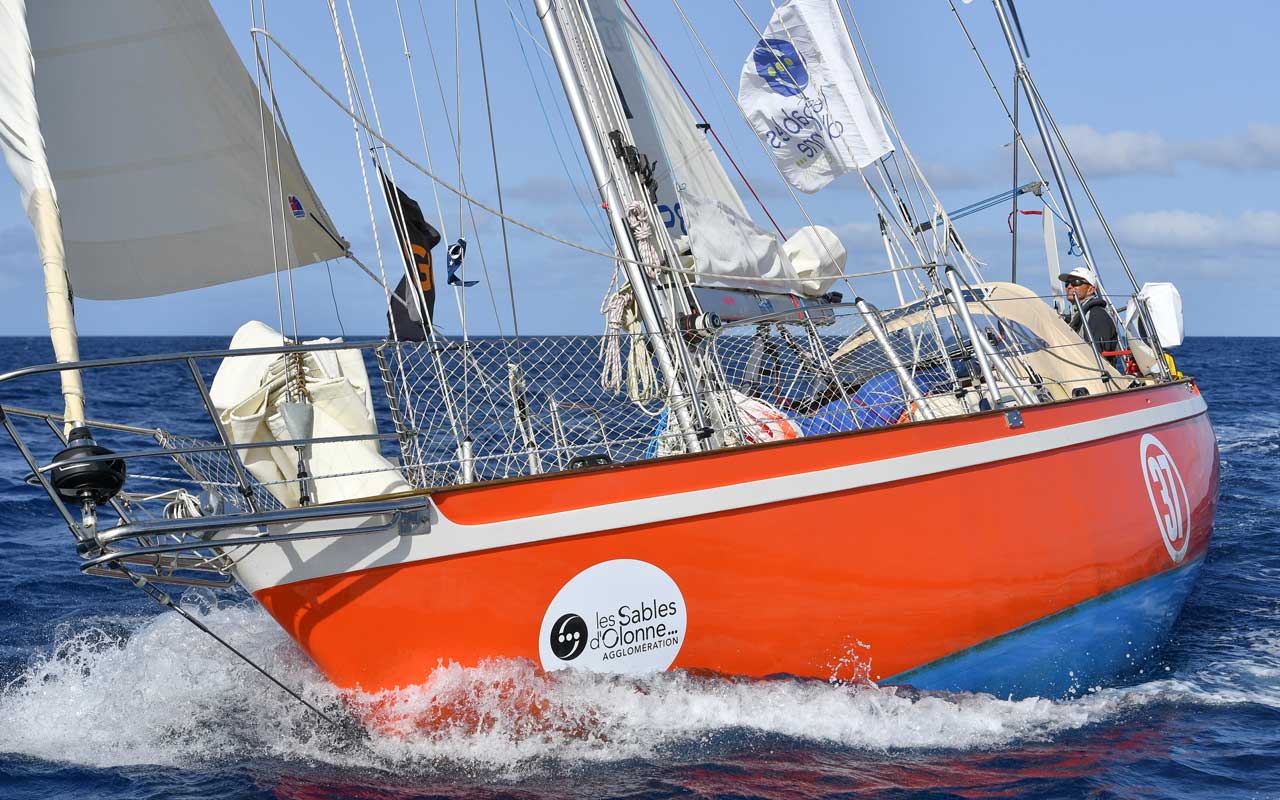 Day 260: At 04:00 UTC today, American/Hungarian Istvan Kopar and his Tradewind 35 yacht Puffin was within 250 miles of the finish line and expected to reach Les Sables d’Olonne around 09:00 UTC on Thursday 21st March

Kopar was making 5.1 knots, having managed to cover 120 miles during the previous 24 hours – a remarkable performance given the steering problems that have plagued his solo circumnavigation almost from the start of the Golden Globe Race last July. And he is still having issues, reporting yesterday that his replacement rudder blade on his wind vane self steering is too short and being lifted out of the water as his yacht traverses the waves.

The latest weather forecast suggests that the current north westerly winds will decrease overnight slowing progress to around 100 miles during the next 24 hours. Then on Tuesday the wind is predicted to become very light, suggesting a 70 mile day before building again on Wednesday but turning north easterly to turn the last 70 miles into a challenging beat to windward.

5th placed Finnish sailor Tapio Lehtinen and his barnacle infested Gaia 36 Asteria remains trapped in a challenging wind hole in the South Atlantic. He has managed to cover less than 400 miles during the past 8 days – an average of just 50 miles. At this rate, he will not finish before mid-May, but reports that all is well onboard.

Sir Robin Knox-Johnston, the first man to complete a solo non-stop circumnavigation 50 years ago, celebrated his 80th birthday yesterday. The BBC marked the occasion with a highly entertaining hour-long documentary on BBC Radio 4 about his record-setting circumnavigation in the 1968/9 Sunday Times Golden Globe Race, narrated by Sir Robin. You can listen to it here: www.bbc.co.uk/sounds/play/m00036lz

There will also be opportunities to sail aboard Bernard Moitessier’s famous 1968/9 Golden Globe Race yacht Joshua throughout the weekend from Port Olona on 20/21/22 April, organized by the Friends of the Maritime Museum of La Rochelle.