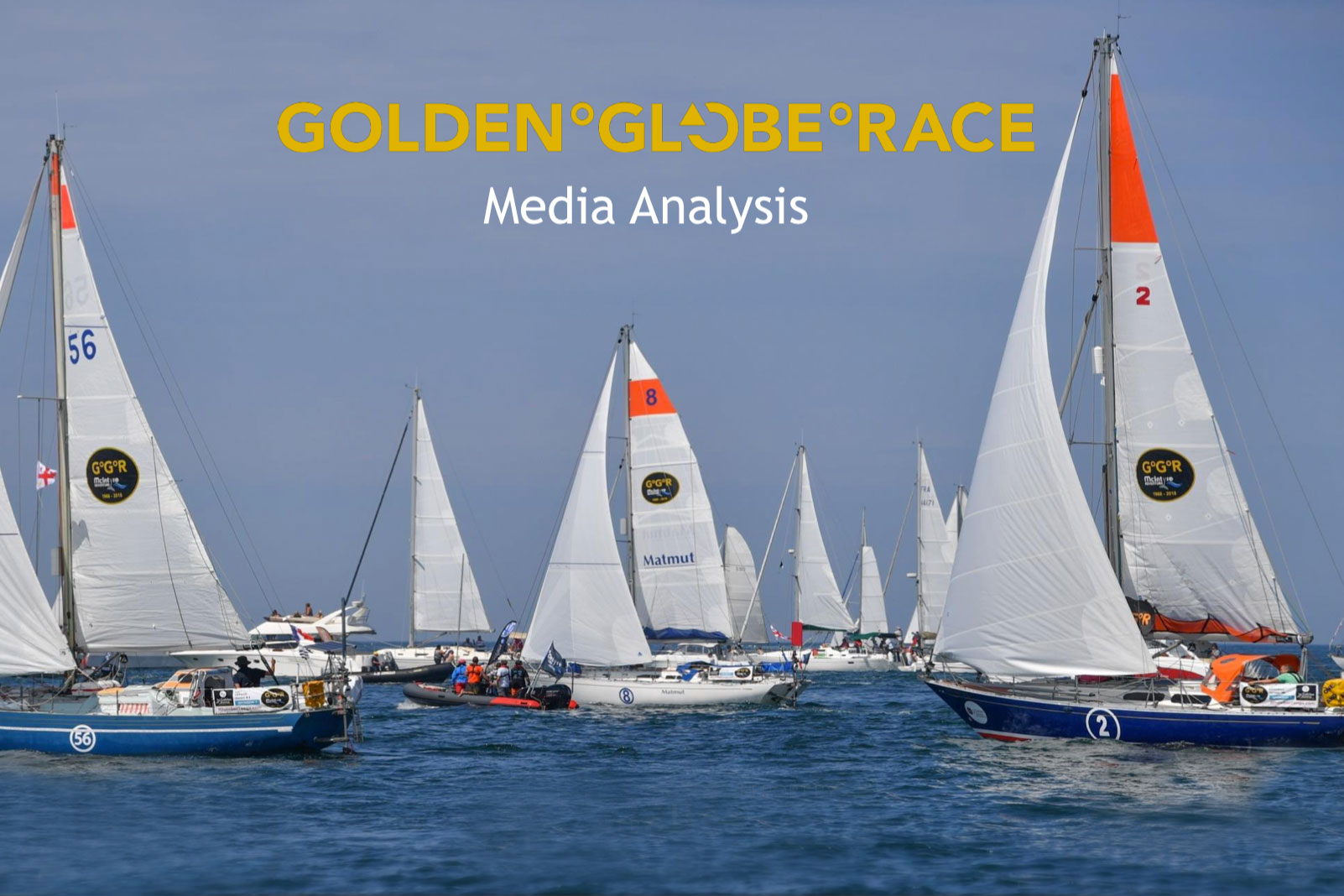 An independent analysis report compiled by Meltwater on media coverage secured during the 2018 Golden Globe Race shows that the Race gained US$185m worth of coverage world-wide.

Les Sables d’Olonne, which will be the host start and finish port again in 2022, gained 2 years of international publicity valued at 16.5m Euros (US$18.08m), and Falmouth, which hosted the pre-Race Suhaili 50 Parade of Sail, celebrating the 50th anniversary of Sir Robin Knox-Johnston’s departure in the original 1986 Sunday Times Golden Globe, and the start of the SITraN Challenge race to Les Sables d’Olonne, gained £1.85m (US$2.38m) from the 3-days of events.

What a fantastic solid result for a unique original adventure created by a small passionate management team with low budgets. It confirms the support and huge following the 2018 GGR achieved from ordinary people interested in a simple, back to basics human endeavour. No fluff; just an honest, down-to-earth non-stop solo race around the world that media understand. We must also thank the passion of our French fans and our enthusiastic Host Port and logistics partner Les Sables d’Olonne, Ville and Agglomeration. The GGR family continues to grow, ensuring the 2022 edition will be an even bigger success.

For a first edition, the GGR has been an international success. I am looking forward to the 2nd edition from Les Sables d’Olonne on September 4, 2022!

Three years to the start of the 2022 Golden Globe Race from Les Sables d’Olonne, France, and already this second retro solo non-stop round the world race has 22 paid up Suhaili Class entrants representing nine countries. There is one ordinary and five remaining special invitations available in Suhaili Class before a wait list is started.

The first Joshua Class II one-design yacht is scheduled to launch in 2020. Seven places are available.

New Zealand: This entrant remains anonymous at this stage.

17 of these skippers are busy preparing their boats already, and others are moving fast to secure theirs.

Matthew Wright from South Australia is in Europe right now looking for a boat and American Guy DeBoer is in France about to close a deal. Canadian/Indian skipper Gurave Shinde has just secured a Baba 36 for his challenge and Australian Michael Davey has bought a Cape Dory 36 in America, scrapped the rig and deck gear and put the boat on a ship to New Zealand for the refit.

Australian Michael Date is halfway through a complete rebuild refit of his Aries 32 and fellow Aussie Mike Smith is well on the way to completing his Suhaili replica. Another Australian, 2018 GGR retiree Mark Sinclair (Capt. Coconut) has just set up a new Facebook page titled Coconut 2022, so he may be making an announcement very soon!

Changes to the 2022 Notice of Race reflect lessons gained from the 2018 race while maintaining the spirit of the GGR. On the all important issue of heavy weather and equipment there were no changes.

In relation to storm tactics and equipment to use like Drogues, no individual or expert exists with a sure solution, or the ultimate answer. Every boat, storm, wave pattern and situation is different, so we will NOT regulate what entrants must do, or should have. Like all good sailors, we keep discussing it, learning and researching, then make our own decisions and face our own destiny. Their life is in their hands. If there is one thing all entrants are very aware of and serious about, it is how they plan to survive the Southern Ocean. They do not need us to tell them and we don’t have a guarantee to give.

A summary of the changes from the 2018 NOR are listed below: