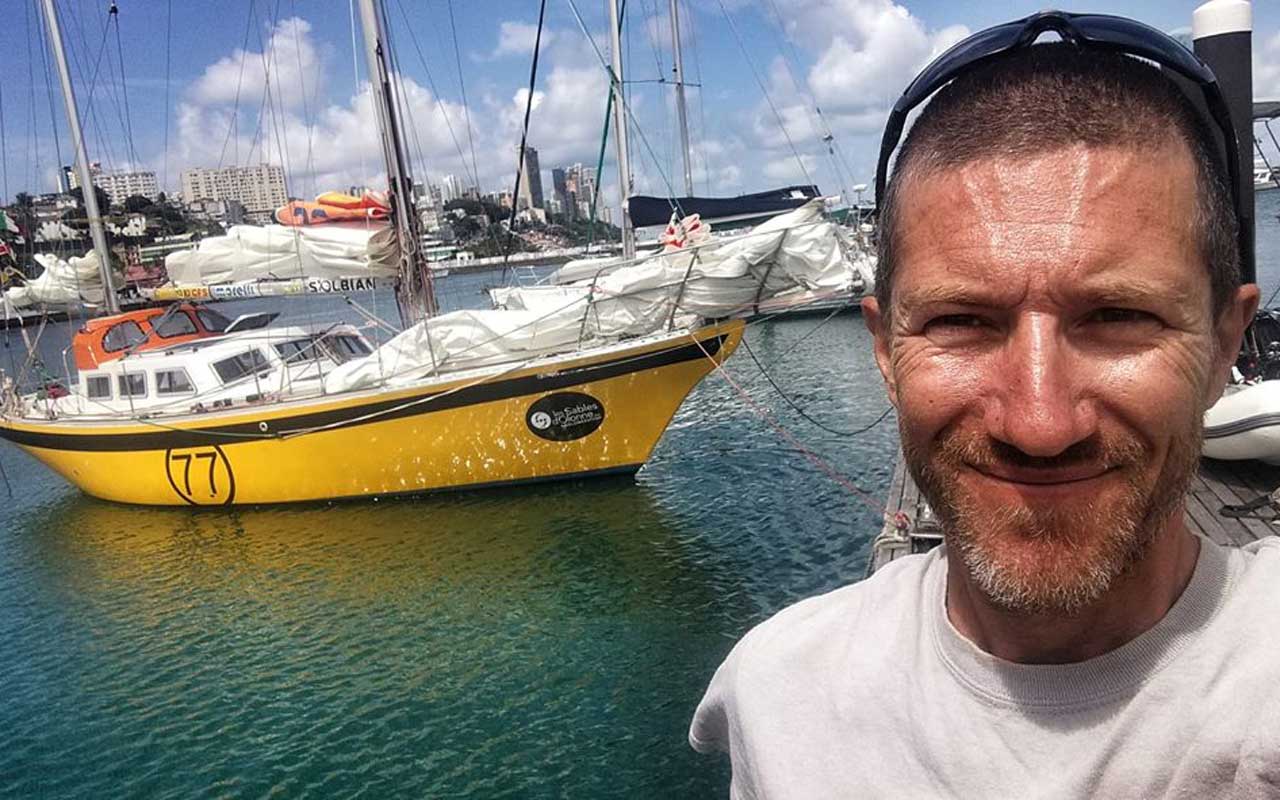 The first four days of light, variable winds appear to have played into the hands of Golden Globe Race leader Mark Slats, the Dutch transatlantic rowing record-holder and his secret weapon – a pair of giant sculling oars.

Slats overtook the initial fleet leader Philippe Péché during their first night at sea after leaving Les Sables d’Olonne last Sunday and has been a consistent front-runner since. At 06:00 UTC today the Dutchman held a 3 mile lead on second placed Péché as the leaders rounded Cape Finisterre and began their run south towards the Canaries and their first ‘gate’ off Lanzarote.

The fleet is now spread out over a 100 mile distance with Australian Mark Sinclair currently trapped in very light airs close into the North Spanish coast and wishing perhaps that he too had an oar.

The first four skippers, Slats, Péché, Estonian Uku Randmaa and French veteran Jean-Luc Van Den Heede have all shared the lead during this first week at sea and significantly perhaps, are all sailing Rustler 36 yachts. 12 miles is all that divides them today.

The forecast does not bode well for the tail-enders with calms continuing in the Finisterre region over the weekend while the leaders can expect favourable 10 increasing to 20knot northerly winds as they run down the Portuguese coast.

Francesco Cappelletti withdraws from the race

Back in Les Sables d’Olonne, Italian Francesco Cappelletti, whose late preparations delayed his departure with the rest of the fleet last Sunday, has announced his withdrawal from the race. He had until 13:30 on Saturday 7th July to beat the race deadline for late starters, but the uphill struggle to complete safety inspections and a 360 mile solo trial sail has proved too great.

The rules allow for one breach of the strict solo, non-stop un-assisted circumnavigation without the aid of modern electronic navigation aids regulations that make this Race unique. Those that do, move down to the Chichester Class as if, like Sir Francis Chichester in 1966/7, they have made one stop during their solo circumnavigation.

Those who breach the rules for a second time are deemed to have retired from the GGR Event and the organisers have no responsibility or obligation to them. They will however continue to be tracked as independent CAROZZO sailors. This is in deference to Alex Carozzo, the Italian entrant in the original Sunday Times Golden Globe Race who left Cowes on 31st October 1968 (the last day allowed within the Rules) and then sat in isolation on a mooring for a further five days finalising preparations on his boat before setting sail. Alex later suffered an ulcer and was forced to stop in Lisbon to seek medical attention.

Francesco has elected to continue this round the globe adventure as an independent Carozzo sailor, and no longer constrained by the GGR Rules, can carry modern navigation aids including GPS and satellite phone. His positions will also be maintained on the GGR tracker and the GGR organisers may give occasional reports.

‘This is the best solution for me’ Cappelletti said in Les Sables d’Olonne today, adding. ‘I am very pleased to continue in the tradition of the Golden Globe Race and stay in radio contact with the other skippers’.

We are very sorry to lose Francesco. He is not now part of the GGR event but remains part of the adventure and will doubtless continue to stay in communication with the other GGR sailors. We hope he will return to Les Sables d’Olonne in time to attend the GGR prize-giving April 22 next year.