Just in time for the start of the GGR 2022, the premiere of the 2018 edition will take place in Les Sables d’Olonne. ‘The Voyage of Madmen’ is a film by Jesse Martin and Don McIntyre. It tells the stories of the skippers on their circumnavigation in the spirit of the original 1968 Golden Globe Race.

The film will be available on streaming portals as well. 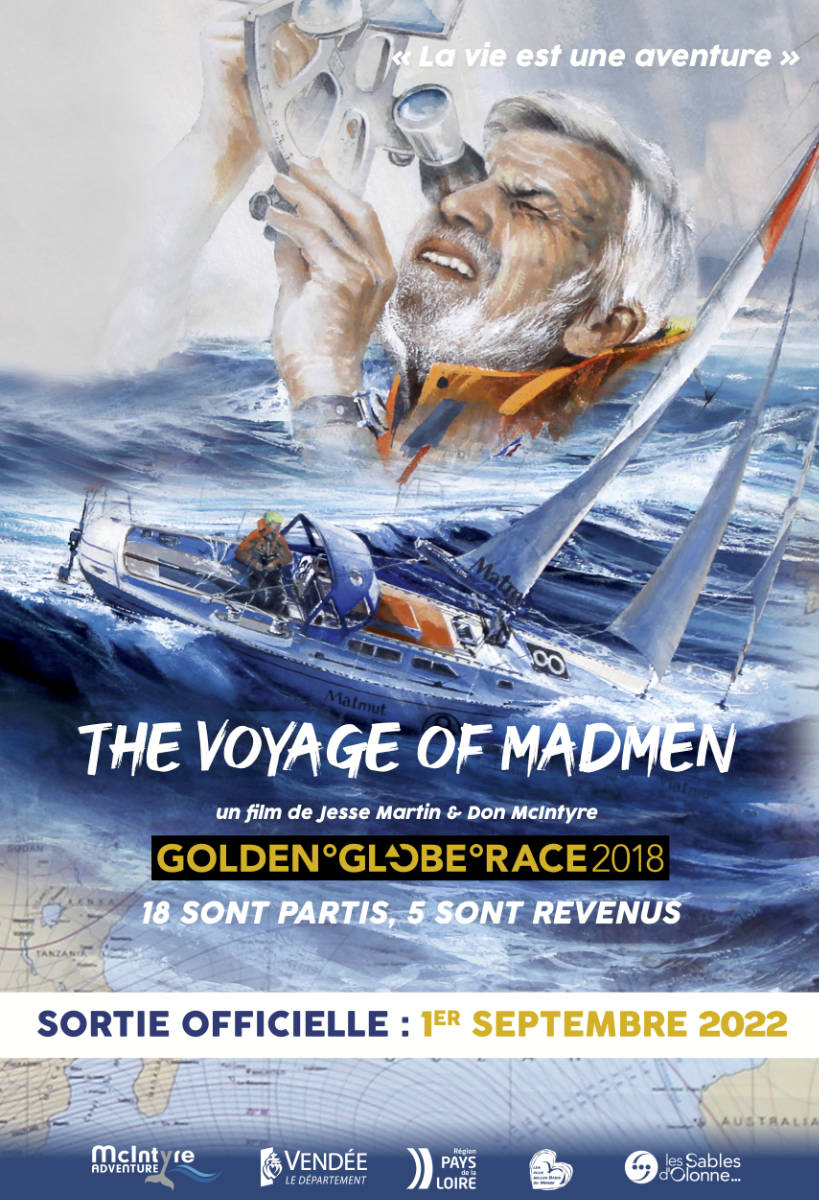