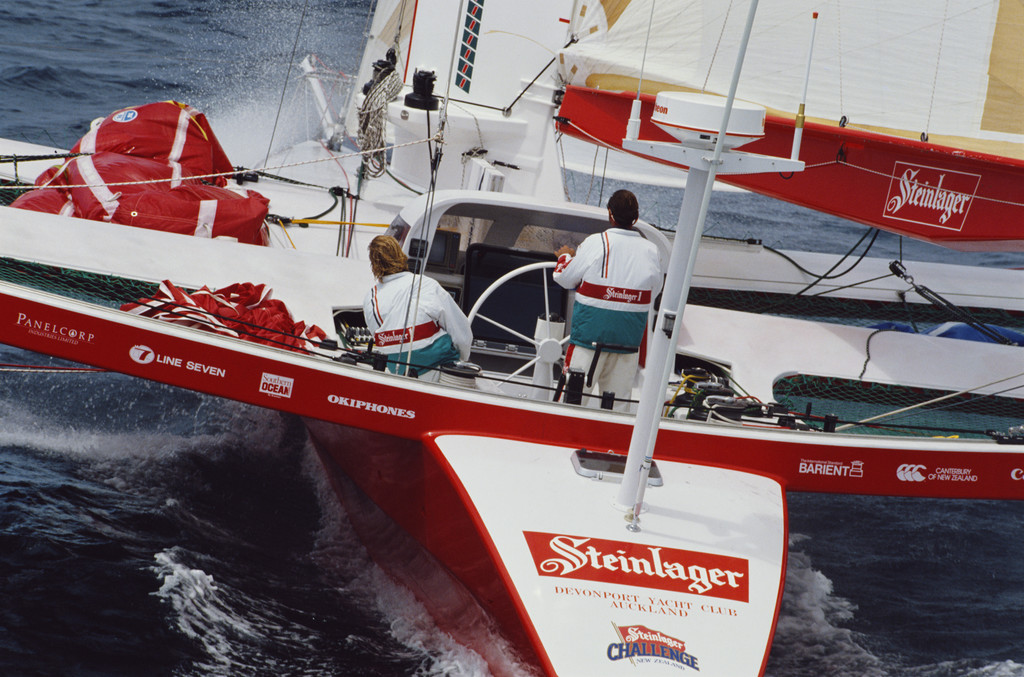 The 2018 GGR is a new sailing cultural renaissance inspired by beauty, talent and human accomplishment, something most sailors should understand

The new section GGR THOUGHTS will focus on that and will deliver personal opinions about the race and philosophy rather than general GGR News or Press Releases.

GGR THOUGHTS are presented by Don McIntyre, Founder and Chairman of the Golden Globe Race with guest contributors.

If you have something to say about the GGR you can become a guest writer for GGR THOUGHTS and maybe publish your opinion in this section. For consideration, please send an email to hello@goldengloberace.com, tell us a bit about you and attach your photo. Your thoughts should have no more than 1000 words.

When the most powerful police officer in the land accuses you of murder you take note. Suddenly your sense of smell, taste and touch are intense, your emotions alive and the world looks different. If you are innocent, you prepare for a fight. When it is reported on every front-page newspaper, TV and radio program in the country, you know it will be tough.

It was, and I know because I fought that fight. I did not want my history from that day forward in 1988 to include the claim of me showing ‘Reckless Indifference to Human Life’ – the legal definition of murder.

I was the Founder and Organiser of the 1988 Goodman Fielder Wattie Bicentennial Around Australia Yacht Race. I was also the founder and chairman of the Shorthanded Sailing Association of Australia running the race. Sir Robin Knox-Johnston was our patron. That night one of our entrant’s Multihulls had flipped and another monohull hit a rock, losing one of the two crew overboard and never recovered. With other entrant standing by the multihull, authorities sent out a police boat to assist. Unfortunately, with a back hatch left open it flooded the aft compartment and engine room, with police officers now in a life raft after it sank.

Knowing nothing of the facts surrounding the race, the Organisers or Entrants, the Police Commissioner then made his now infamous claim about me as event organiser and suggesting the event was bad. 24 hours later he learnt about our race but said nothing. Following a full coronial enquiry, investigating all aspects of that night and the event, the judge had nothing but strong praise for the organisers, the event, the Notice of Race, safety and security planning and operation. He acknowledged it was above world’s best practice, adopting new equipment and procedures not before seen in yacht racing. The management team and advisors were amongst the most experienced in the world. The race was a huge success and won by the late Sir Peter Blake in the 60ft trimaran Steinlager 1.

I asked for an apology from the Police Commissioner. The public and many sections in the police force were on our side. He declined, so I filed one of the largest defamation cases in the history of the Supreme Court to clear my name and that of the organisation.

Over the next three years they tried everything to bankrupt me, and every legal trick to get rid of me. I was racing solo around the world in the BOC Challenge at the time. Money was tight, but the battle continued. I won that fight when even the government abandoned the police commissioner.

He faded into oblivion having had visions of moving into politics. For years the case was used in police officer training on how not to shoot your mouth off, if you do not know the facts. I was a murderer no longer.

Now 30 years later, as an honoured guest in France and surrounded by friends in Les Sables d’Olonne, I have not been accused of murder, but those that know me, will understand my sense of déjà vu when the Golden Globe Race was accused by the French Sailing Federation (FFV) of being random and dangerous, not suitable for old men or dreamers! All this before we even had a chance to present our case.

The FFV represent World Sailing who regulate all international yacht races. They have the power to stop the GGR if they want. There are not many races that circumnavigate and those that do, use 60ft yachts or bigger. Category 0 safety rules are basically written for these bigger yachts with crew. To meet the FFV requirements the GGR must meet Cat 0 regulations.

This simply is NOT POSSIBLE for our unique adventure. As an example, to comply, each GGR yacht (approx. 34ft long) would have to carry two complete diving wet suits, two masks, two sets of fins and two underwater breathing apparatus, 1200ltrs of water, two six-man life rafts and include two complete water tight bulkheads in the main saloon, and more. We have been advised that we cannot modify the Cat 0 rules, so it is all or nothing.

We knew this years ago, so we do NOT use special performance racing rules for sailing, but instead adopt the International maritime rule of the road (Collision REGS) the same as every other mariner on the ocean. On that simple basis, World Sailing concluded in April this year that the GGR is NOT a yacht race and does NOT need to use Cat 0 rules. As organiser however, we have adopted all the important Cat 0 safety equipment rules and more, that in some ways makes our GGR more stringent than even the Vendee Globe.

The GGR Notice of Race safety and operational procedures have been reviewed by experts as appropriate and relevant to the challenge.

Unfortunately, one official on the FFV committee made these damaging statements about the GGR. One full page picture on the front page of an important newspaper questioned whether the GGR would start! I had to ask the FFV to stop making unfounded comment. All this was at a delicate time negotiating with sponsors for the GGR. A small disaster.

When we had our meeting with the FFV a week later they were pleasantly surprised at our Rules and Safety-Security planning. We were all sailors in that room and all respect the original Golden Globe and what it represents. We certainly respect the FFV and what they stand for, just that we are different. It was a good meeting. I think they understood at the end of the day. A few weeks ago the FFV made a decision that as we use Collision Regulations (as did the first Golden Globe) and not Racing Rules on a race course, we are not a sporting competition, so do not come under their jurisdiction, so will not stop the GGR.

So here we are just five months from the start of the Golden Globe Race and I had that sense of déjà vu all over again. Today WORLD SAILING are promoting the GGR in their main media channel so we must be OK! A quick outcome.

My 1990 BOC yacht was named SPONSOR WANTED! Later it was changed to BUTTERCUP when they arrived! My new name for the greatest adventure of my life is SPONSOR WANTED GOLDEN GLOBE! It starts regardless of everything on July 1 2018 surrounded by my amazing new friends in the Les Sables d’Olonne Agglomeration. The Village opens on June 16. The world will be watching and following that is certain. A Golden OPPORTUNITY for and forward-thinking organisation and presenting sponsor awaits?

No other event in ANY SPORT can match the 2018 Golden Globe Race’s unique combination of Epic Adventure and Extreme Endurance, Traditional Values and Maritime Heritage, Duration and Global Reach.

If you or your company would like to be part of a new sailing cultural renaissance inspired by beauty, talent and human accomplishment, it is called the Golden Globe and the front door is wide open!