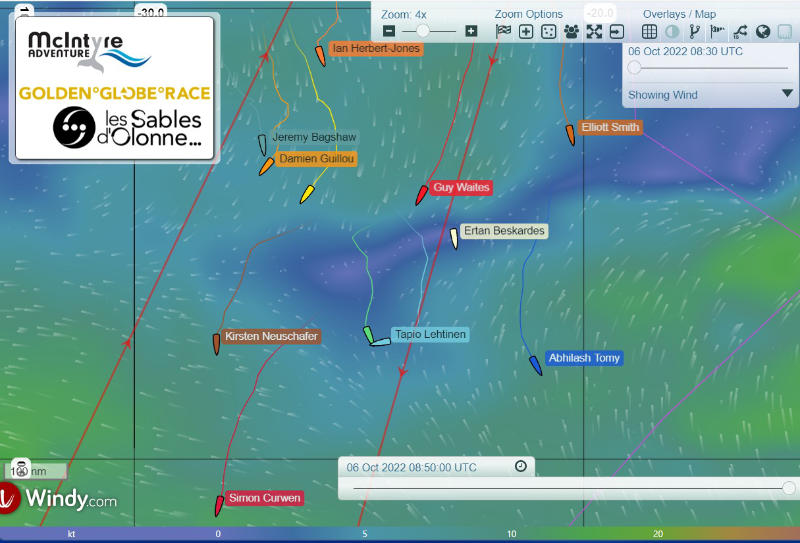 And then there were three…

Simon crossed the equator overnight and is now diving due south, into the trade winds on a beam reach propelling ‘Clara’ at 5 knots, or 120 miles/day. He has gained over 100 miles on the fleet in 3 days and is on a direct course towards the next mark, Trindade Island off the coast of Brazil, 1200 miles away, where he should arrive in 10 days.

While Pat and Tapio are battling a windless bubble, Kirsten, still second, is going around it to the west and finding some wind. Meanwhile Abhilash, going around it to the east seems to be doing the hold-up of the week! Not only does he have more wind on the east side, but he will have a more downwind course after his tack, and should be fastest towards Trindade!

Behind, in the doldrums, everyone’s living day by day. Yesterday the east side was moving forward, this morning it is the west on the move… A lottery that is testing the entrants’ patience, as we now sense in the regular sat phone calls and daily tweets. They need to cross over soon and settle into the trade winds urgently!

Tomorrow, the wind will come back from the south and will favour the east of the fleet a little more, and a little earlier, with another 350 miles to go for the mid-fleet to the equator. Keep on trucking!