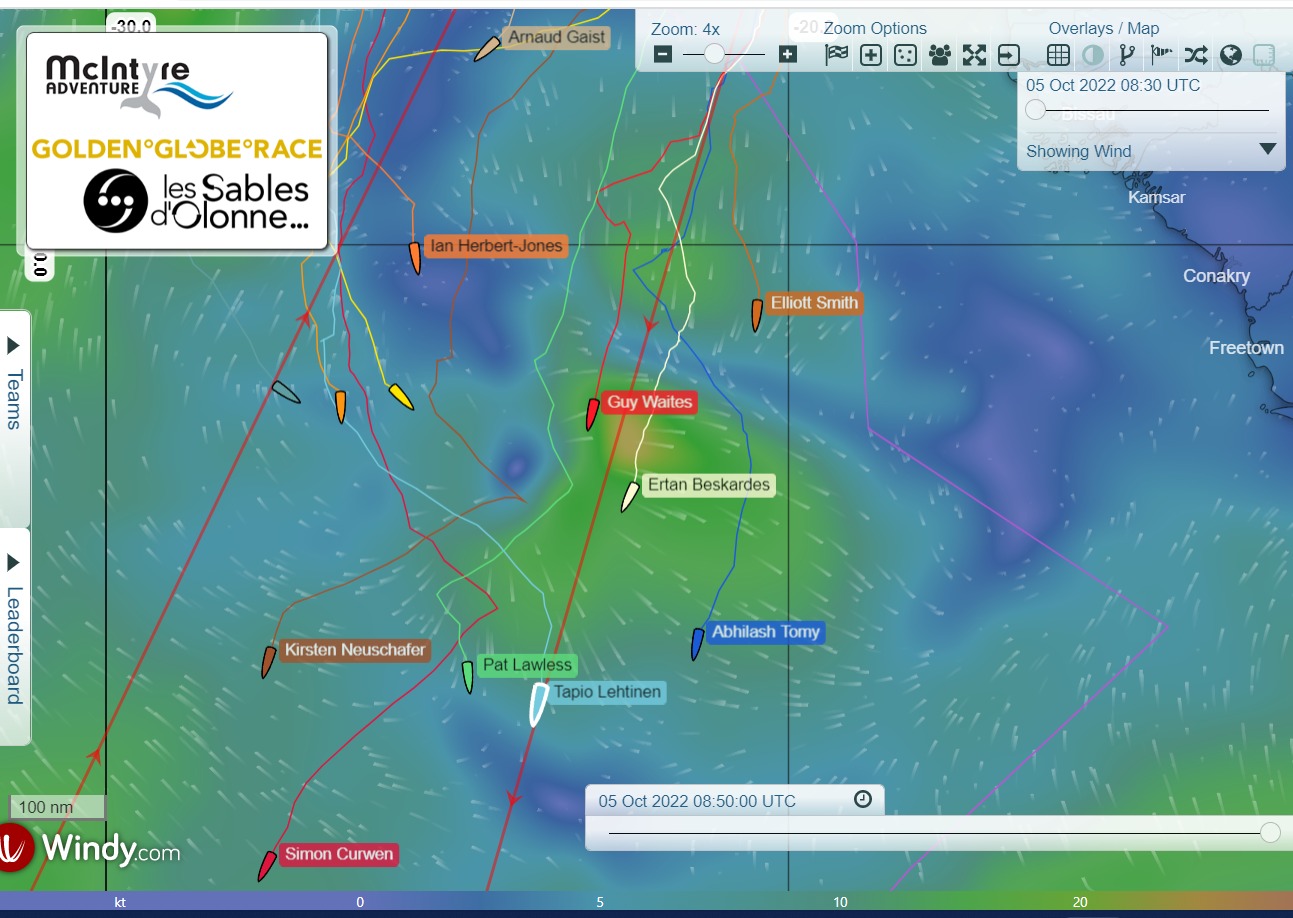 Last night, it was the Eastern option that paid off, benefitting the same sailors that were idle earlier this week. Elliott, Guy, Ertan and Abhilash posted the best 24-hour distances of the fleet between 100 and 140 miles, while most of the others are around 60 to 70.

Today’s record goes to Abhilash with 141 miles, who is now 15 miles North of Kirsten after gaining 70 miles on her. Kirsten has also lost her second place this morning to a turbo-charged Tapio back in second place, after gaining 30 nm overnight! Watch this space…

The same goes for Guy Waites, who at 127 miles (same as Ertan) is now South of Jeremy, Damien and Gugg who lost 60 miles on him! They are followed by Ian, who is experiencing alternating calms and squalls, and windvane issues, now fixed; and Arnaud, becalmed.

Simon, while not the fastest, is now sailing in stable trade winds and remains consistent with regular daily averages over 100 miles. He is now increasing his lead on the fleet after the doldrum stop, and tensioning the elastic again.