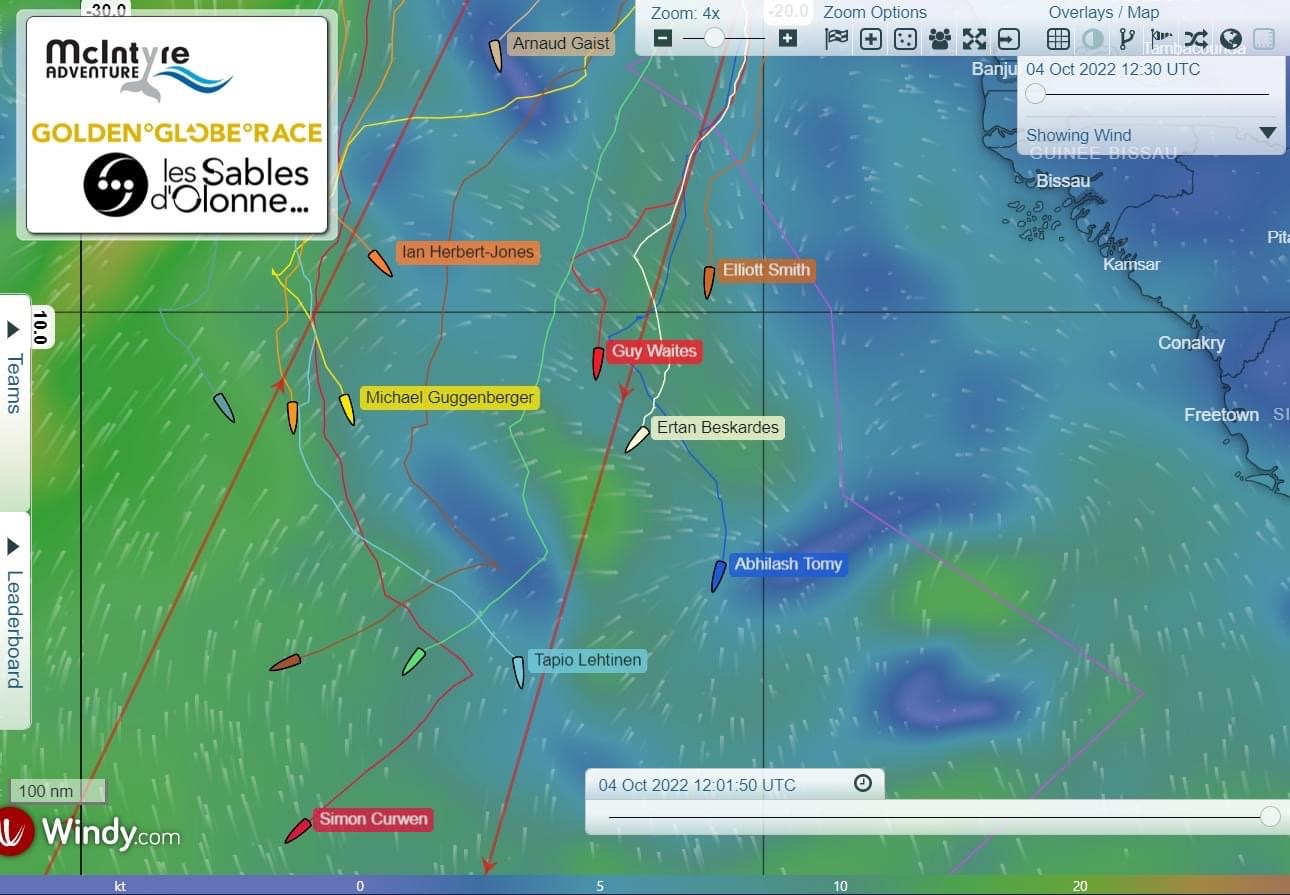 But what a month: a trial by fire in the Bay of Biscay, a sailor who came back and left, two retirements, a grounding in the Canaries. They are now thirteen heading towards the equator and the south in evanescent winds, testing everyone’s nerves to the limit!

At the front, it was almost written, the most competitive are the 2018 veterans coming back for a win, and the leaders of the prologue, joined by the great Pat Lawless, 3rd, whose past as a fisherman had eclipsed that of a junior sail racer. A past he reminds us of with brio.

Behind them, the lack of wind is even more cruel, as the skippers tell us on the safety calls, notably for Abhilash, Ertan, Guy and Elliott to the East, while Jeremy, Damien and Gugg to the west are doing a little better, all aligned on port tack.

From this first month, we will remember the hardship of the Bay of Biscay testing sailors and boats, the mastery of Simon leading since Cape Finisterre and September 9th. The awe-inspiring comeback of Kirsten 10th at the same place and 2nd today, Damien’s metronomic ‘remontada’, last in Finisterre and currently 6th, and the hedonistic pleasure of Arnaud, last in the rankings, but who cares.

Above all, we will remember the incredible human adventure of the 16 sailors at the start who put everything in to live their dream. A dream of discomfort, slowness and isolation, true to Tabarly’s precept: “Sailing is accepting the constraints that we have chosen. It is a privilege. Most humans suffer from the obligations that life has imposed on them”.