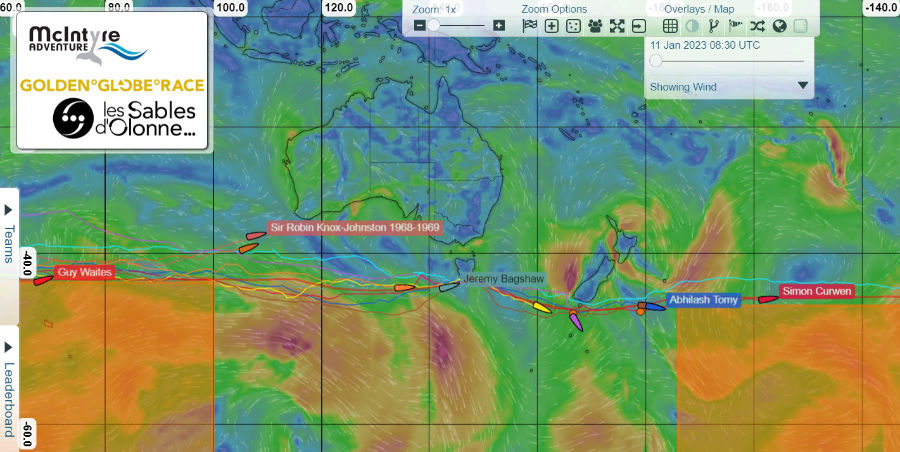 The euphoria won’t last for long, but things are looking up this morning for the fleet after days of harassing calm, especially in the east! Michael, Kirsten and Abhilash have covered well in excess of 100 miles since yesterday. It’s a distance that lifts morale, and yet they ignore that Simon was becalmed last night, and that they all gained on the leader this morning!

Even with the unstable weather of the next few days, Abhilash and Kirsten should arrive at the exclusion zone in the next two days, with Cape Horn as the next mark to port! Today, the hold-up is for Ian who is relentlessly coming back on Jeremy, sitting still in the buffer zone, the Briton took back another 100 miles over 24 hours, reducing the gap to 350 miles!

Behind them, Elliott is moving cautiously with a bowsprit further damaged during the last storm, under constant care, with another front to negotiate tomorrow. Guy is staying as close as possible to 44°S in order to slip through the mouse hole between the high pressure coming north of him from the west and the limit of the exclusion zone, making good speed at 130 miles a day.